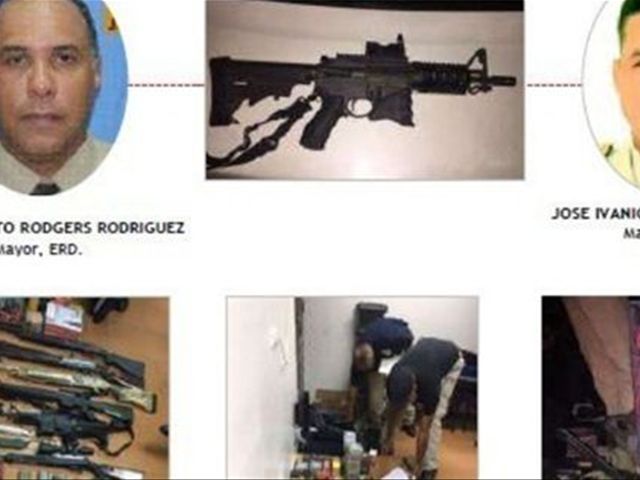 Santo Domingo.- The National District Office ofthe Prosecutor on Wednesday asked pretrial detention against Brayan Félix and othermembers of a gang charged with one murder and robbing more than 10 banks,including three armored trucks.

According to authorities, the group had twoactive Army majors as accomplices, who supplied the weapons and ammo used inthe assaults.

They said the late John Percival headed the crimegang, that included Felix, Army majors Elvin Rodgers and José Ivanigor Díaz; Aman identified only as Aneudys, who drove the getaway motorcycle in one assault;Francisco Alberto de Jesus and a mechanic alias La Culebra, in charge of themotorcycles.

Also arrested was Javier Perello, accused ofbeing the middleman between Félix and Rodgers to buy the guns, and whodeposited money for Percival’s movements.

The request was filed by the NationalDistrict Office of the Prosecutor after interrogating Félix for five hours.