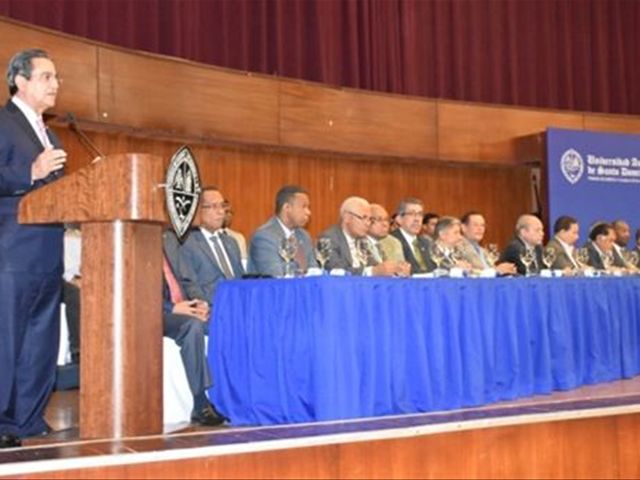 Santo Domingo.- Autonomous University (UASD) rector Iván Grullón claimed Tuesday that the institution has a monthly deficit of 31 million pesos, which is why it cannot meet the teaching unions’ demand for a wage increase.

He called on the Professors’ Association (Faprouasd) and the university employees association (Asodemu) to suspend the strike called for the beginning of this semester.

Grullón called on FAPROUASD to return to work and to join forces in the hope of securing the resources for a 15% increase for the teaching and academic staff and to improve other aspects that contribute to teaching quality.
"We are working with the central government so that may help us meet the justified demand that I promised from the outset,’ stated Grullón, before entering a meeting at the UASD aula magna.

The meeting was attended by a large number of lecturers and administrative staff.
“I have committed to obtaining a 15% increase now, and we will continue onwards after that," he added.

Employee union president Mary Plascencia stressed that her organization was not supporting the strike "because we don’t want to take the students hostage" but that they were still supporting the demand for the promised wage increase.
Faprouasd president Santiago Guillermo recalled that in October 2016 the rector commited to increasing wages by 15% as of January but this had not been implemented. He said that the resumption of teaching at the university was in the hands of the rector. He described the rector’s request for patience as a mechanism for distracting the professors and not making the necessary efforts for the government to address the university’s demands.

Guillermo said that the rector never had any intention of resolving the professors’ demands, and that instead he had concentrated on dividing the different sectors within the university.