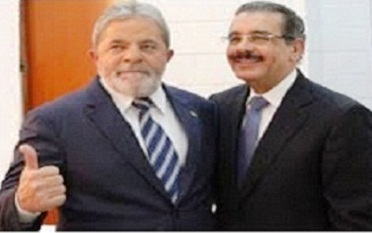 Santo Domingo.- The bribes received by intermediaries and Dominican Government officials from the Brazilian company Odebrecht to secure public works contracts, should be a reason to reflect during Easter Week, said Catholic bishop Ramon Benito de la Rosa, who assures that if the money is not returned to the state, history will force them to return it.

“I remember the commandment, you will not steal and if you stole, repent and return what you stole, it’s what I would tell them, if you do not have faith, if you are an atheist, that you stole if you don’t return it history will force you to return it,” de la Rosa said.

“What will your children think, your descendants, they will not be happy with you, they are receiving money that is full of putrefaction. Then that money that was stolen has to be returned, it’s best to recognize: I failed and I regret it,” he said.

Interviewed by newspaper Diario Libre, the senior prelate called corruption is moral garbage, which harms and contaminate and noted that Judas betrayed Jesus in exchange for money.

“Notice how Holy Week speaks to us. What Judas did, he received a bribe to sell Jesus. Those who are involved in corruption and bribes must see the figure of Judas and say, that Judas speaks to me and say, I will repent, but I will not take my life, I will return the bribe I received,” de la Rosa said.

Odebrecht admitted paying US$92.0 million in bribes from 2001 to 2014 in the Dominican Republic to “government officials and intermediaries” and, as a result, turned profits of US$163.0 million, according to the US Department of Justice.