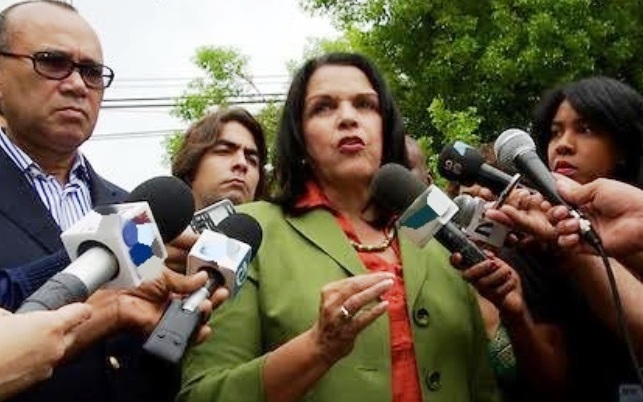 Santo Domingo.- Democratic Option party president Minou Tavárez on Saturday called the plea deal with Odebrecht a denial of justice to “guarantees impunity,” which sends a message to the country that there won’t be justice against its admitted bribe of US$92.0 million to government officials.

The former ruling party (PLD) deputy said the Justice Ministry’s action is a disgrace which violates the nation’s sovereignty, because in her view the Brazilian company has stolen Dominicans’ money through ballooned costs for works and bribes to secure lucrative contracts.

“It’s of transcendental importance that the population continue demonstrating their thirst for justice, their discontent and defending what belongs to them. That’s why we invite Dominicans to march this Sunday 23 in San Francisco de Macorís, starting 10am.” Tavarez said.

She stressed that the Green Movement is neither against Odebrecht nor against anyone in particular, “but as a rejection to the impunity that has systematized the corruption for so many years, which has sustained political relations in the Dominican Republic.”

Interviewed on Buenos Dias Santo Domingo Channel16, the political leader said the Green protests respond to the “shame from the impunity which aims to continue its criminal actions from the Dominican State, which harms an entire people.”