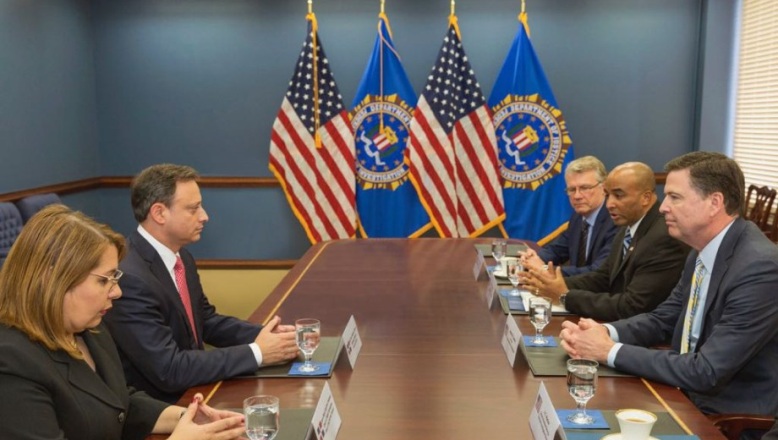 During the meeting at the FBI headquarters, the Dominican official  and Comey discussed the progress with the Justice Ministry’s Criminal Investigations Unit created with Washington’s support.

“A strengthened Dominican ustice Ministry is not only beneficial for the Dominican Republic, but for the other countries of the region, and the United States, since it allows us to have the tools to combat, individually and jointly, crimes that for their nature affects both nations,” Rodriguez said in a statement.

For his part, Comey praised Dominican Republic’s development and institutional strength and offered support for Dominican authorities to fight and prosecute organized crime jointly and all crimes affecting both countries more effectively.

Rodríguez also spoke with US attorney general Jeff Sessions on Thursday, a meeting which comes in the heels of mounting doubts about president Danilo Medina’s assertion that officials of his administration didn’t take US$92.0 million in bribes which the Brazilian company Odebrecht admittedly paid to secure lucrative government contracts.