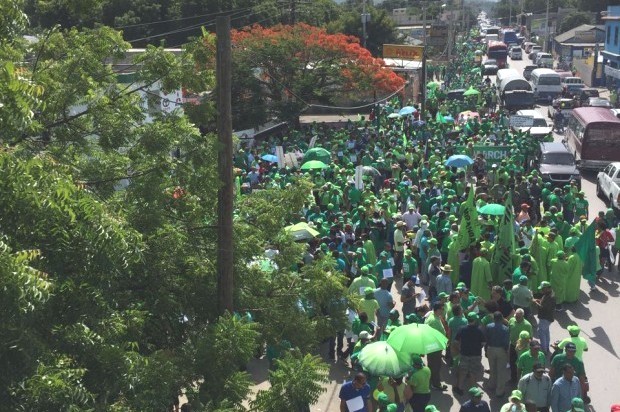 Azua, Dominican Republic.-  Hundreds of people gathered in the La Bombita district of the southern town of Azua for a walk of several kilometers organized by the Green March movement “for the end of impunity.”

Some of the marchers carry banners and pickets with demands to punish the government officials involved in the numerous scandals of corruption.

Among the protesters chanting “the South demands justice against corruption,” was 92 year-old Maria Almonte, from La Vega (central), who despite having to use a wheelchair, made an effort to attend the March.