None of the ‘President’s men’ were jailed in Odebrecht bribe 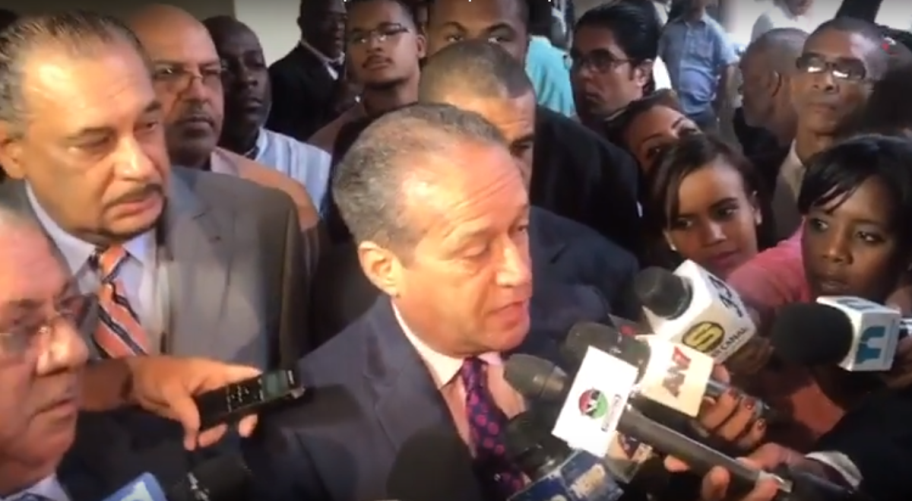 Santo Domingo.- Senate president Reinaldo Pared on Tuesday slammed those who say that none of president Danilo Medina’s close collaborators figure among those detained for the Odebrecht case, noting that lawmakers Julio César Valentín and Tommy Galán and still Industry and Commerce minister Temístocles Montás, “are men of the President.”

“Those who proclaim such a position want to create division in the PLD and they will not achieve it,” said the also general secretary of the ruling party (PLD).

Pared went to the courthouse at Ciudad Nueva accompanied by other PLD leaders to express support for the three PLD members being held in connection with Odebrecht’s admittedUS$92.0 million bribe of Dominican govt. officials to secure public works contracts. “Our presence here in Ciudad Nueva is to encourage and support the colleagues who find themselves in this situation.”

He stressed that he was also questioned and never refused to be investigated. “I crossed the quagmire and wasn’t soiled by mud.”