Dominican Republic has 4 of Odebrecht’s 10 most ballooned works 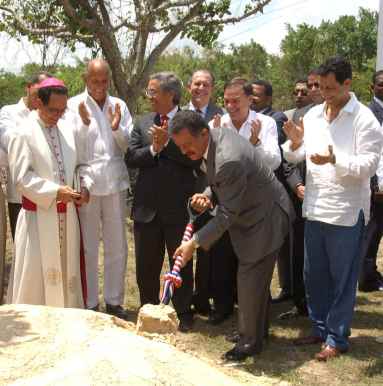 Santo Domingo.- Four of the 10 most overvalued works by the company Odebrecht were built in the Dominican Republic, according to the report “Investiga Lava Jato,” by the international consortium of investigative journalism.

It says the work with Odebrecht’s second highest cost overrun was the Hermanas Mirabal Aqueduct (central), with an additional US$117.2 million, or 229%; followed by the Pinalito dam (central), at US$230.2 million, or a 175.7% jump.

Most budget increases were managed through extended deadlines, additional works and changes in engineering design that werent subjected to tenders and circumventing procurement laws.

Odebrecht’s 10 works in the Dominican Republic totaled US$1.23 billion in cost overruns, or third place in the list of headed by Peru, at $1.93 billion in 16 projects and Panama, with US$1.79 billion in 12 projects.