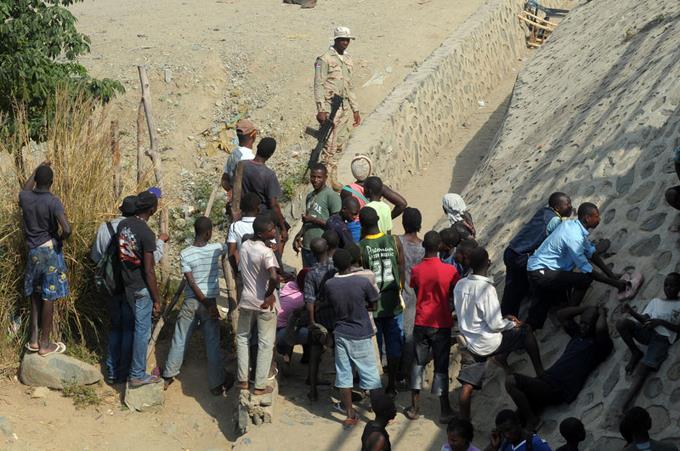 Santo Domingo.- The Border Security Corps (Cesfront) and the Immigration Agency on Tuesday detained and returned hundreds of undocumented Haitians hiding in abandoned buildings and parking lots after crossing the border.

Cesfront director Sugar Frugis Martínez said a group of Haitians from Ouanaminthe and other Haiti towns early yesterday asked to enter the country without documents to work in various areas, but the military didn’t allow their entry to Dominican territory.

A large number of Cesfront troops were deployed along the border area yesterday, accompanied by Immigration inspectors.

For her part, Dajabón province governor Ramona Rodríguez called the recent rise in the number of undocumented immigrants crossing the border, a “massive invasion of Haitians.