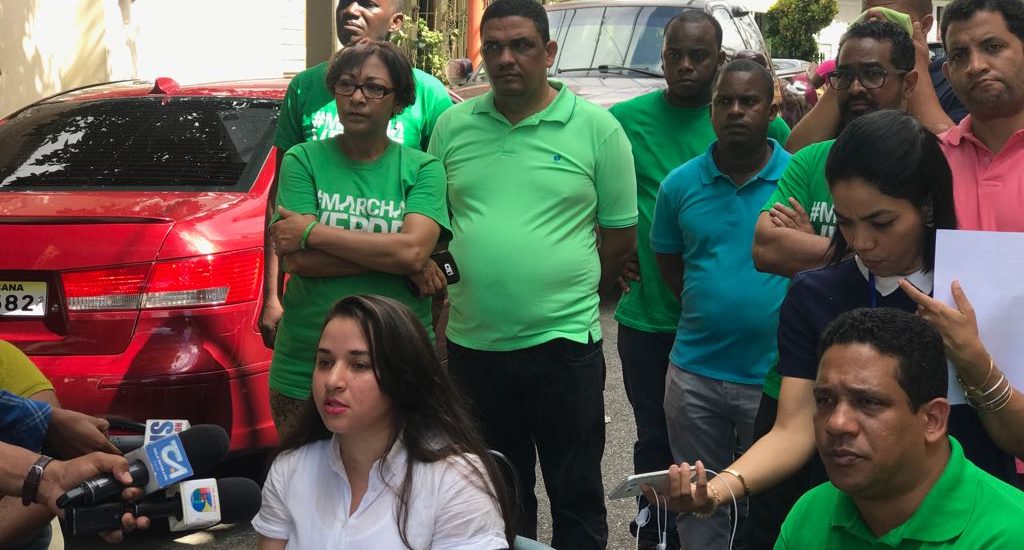 Santo Domingo.- The grassroots movement Marcha Verde (Green March), on Sunday began the second phase of its fight against corruption and impunity in the  Mata Hambre sector of the National District, where they spoke with its residents about how it affects their daily lives and urged them to join.

“With Sunday’s historic march we closed a cycle of the Marcha Verde Movement. Today we are initiating another one in which we’re promoting dialogue in the territory, in the barrio, in the street, in the alley in the rural community, because we’re fully aware that the guarantee that we can achieve the beginning of the end of impunity goes through the active and conscious participation of the people, multiplying this demand more and more,” said spokeswoman, Maria Teresa Cabrera.

She they’ll make visits nationwide to insist on those conversations, because it is the way to mobilize, organize and raise levels of awareness among people.

They also demanded that the Prosecutor General explain the investigation and plea bargain agreement with the Brazilian construction company Odebrecht in exchange for the evidence against Dominican government officials who had  taken its admitted US$92.0 million in bribes.

In a surprising statement, National Investigations Dept. director, DNI, called the Green March a “space of hope” for the people, but regrets that a group of radicals want to put a “fly in the ointment” in their peaceful demonstrations