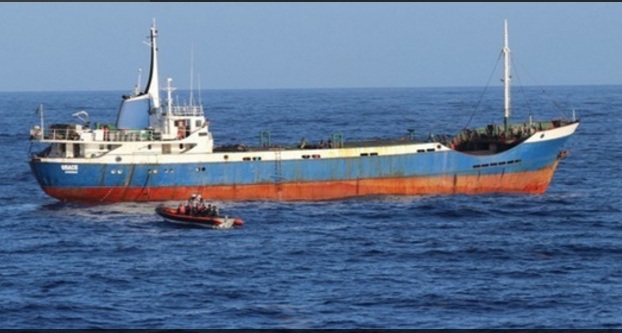 Miami. – A Dominican Republic fishing vessel with 16 people on board was being towed by the U.S. Coast Guard after it became disabled near Haiti.

Quoting a Coast Guard news release, outlet local10.com said the crew of the Dominican Republic-flagged Grace Zanzibar sent a distress message Saturday indicating that the vessel was disabled and taking on water about 35 miles south of Haiti.

The Coast Guard diverted an airplane crew to the vessel, dropping a dewatering pump, food and water to the crew of the 150-foot boat.

Both ships were scheduled to arrive in southern Dominican port of Las Calderas by Tuesday afternoon.