Shotgun stolen at Police post recovered, two Haitians held, one on the loose 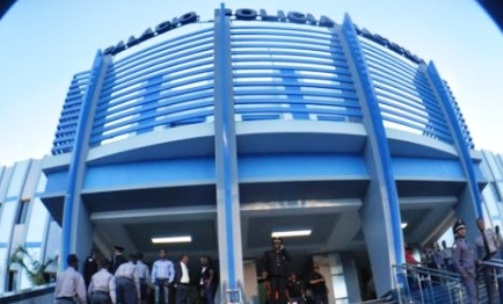 Azua, Dominican Republic. – The National Police on Monday said they recovered the shotgun that had been stolen Thursday night by three Haitians from the police post at El Ganadero (south), where an officer was also injured.

Col. Ronal Feliz said investigators recovered the weapon in an abandoned cemetery at Estebanía, after the police received a call from an evangelical pastor.

The gun had been stolen by three Haitians who rushed the police post, injuring the officer Jonathan Cuevas in one arm.

The police are holding the Haitians Antino Yauny, 18, and Yencen Alcántara, and look for another identified only as Johnny.