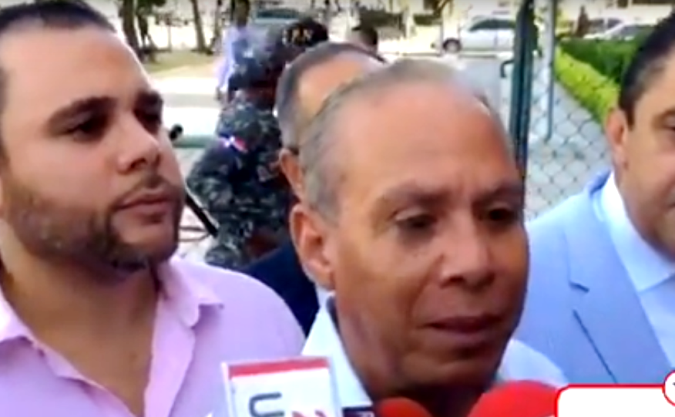 A. Rondon at court today.

Santo Domingo.- Supreme Court Special Instruction judge, Francisco Ortega on Fri. recessed the hearing opened just half an hour earlier on the Justice Ministry’s request of a criminal trial against seven defendants in the Odebrecht US$92.0 million graft case.