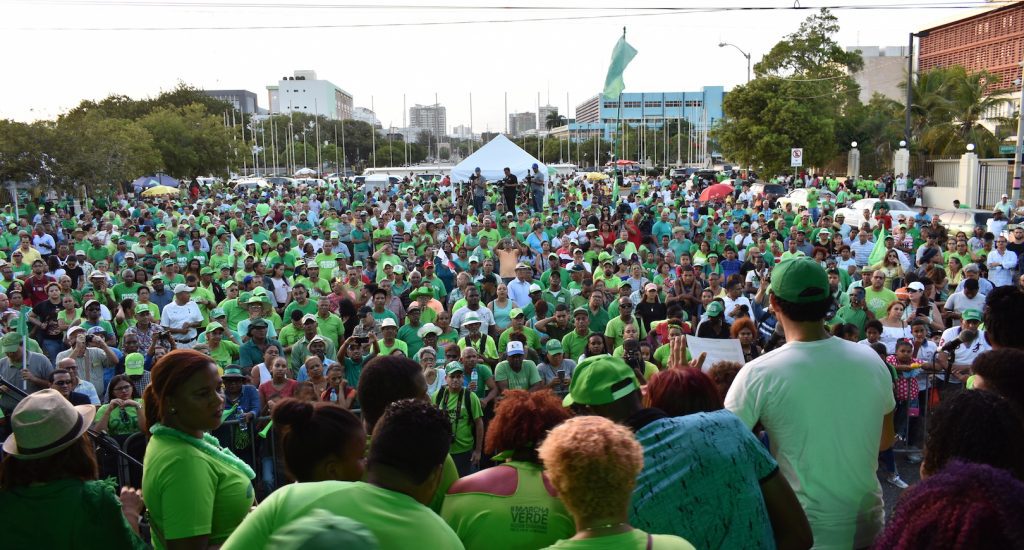 Santo Domingo.- Hundreds of people on Sun. attended the concert “Voices for the Million” in front of the Supreme Court of, organized by the collective Green March grassroots movement.

During the activity the Greens announced the March of the Million against corruption and impunity, on Aug. 12 in the National District.

“Quietly the legal maneuvers have left out of the investigation of the Odebrecht case officials such as Reinaldo Pared, Abel Martinez, Ruben Bichara and Gonzalo Castillo, as well as current president Danilo Medina and former president Leonel Fernández.

“Today, from the Center of the Heroes, we assume the challenge of being protagonists of the change,” said the Greens during the event.