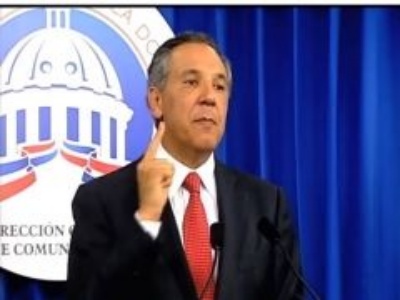 Santo Domingo.- The Presidency paid RD$121.7 million for “advisory services in communication and strategic planning” with installments of more than RD$5.0 million each month, between January 2014 and November 2015.

The advisory services were supplied by the company Polis Caribe SRL, owned by Brazilian convicts Joao Santana and Monica Moura.

The figures are in the letter sent by Administrative minister José Ramón Peralta, who together with Presidency Communications director, Roberto Rodríguez Marchena, revealed that the payments to the Brazilians totaled RD$430.0 million.

The same report also says that from December 2012 to December 2015, the Presidency hired Moura on three occasions, to perform “advisory in communication and strategic planning,” paying her during that period US$3.6 million (RD$176.4 million).