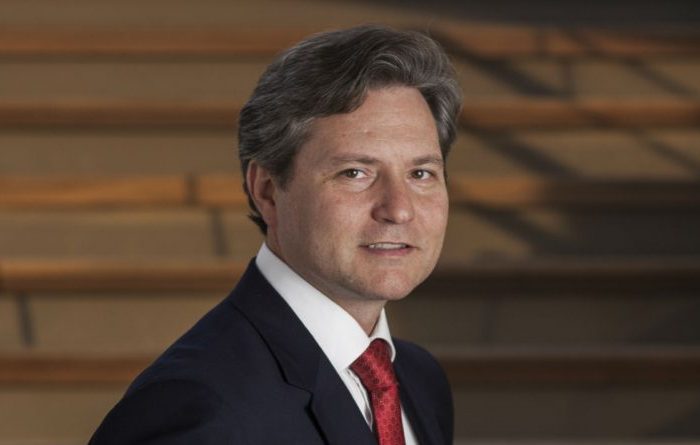 Santo Domingo.- The National Committee to Combat Climate Change, CNLCC, revealed Saturday that the president of Odebrecht will come from Brazil to the country to hold a secret meeting with president Danilo Medina next Monday.

Luciano Nitrini Guidolin, president of Odebrecht since May of last year, will reportedly meet with the country’s head of state at his invitation, in the heels of the announced contingency fund of U$336.0 million to finish construction of the scandal-plagued Punta Catalina coal-fired power plant.

“There is absolute silence from the consortium on this fund publicly announced by Jaime Aristy Escuder and Rubén Jiménez Bichara, general manager of Punta Catalina and vice president of the Dominican Corporation of State Electric Companies, CDEEE respectively. President Medina has chosen to call the highest figure of Odebrecht and of the consortium that builds Punta Catalina to get an answer on this fund and / or to reach an agreement before the opinions of the two international arbitrations that this consortium has submitted in the city of New York,” the CNLCC said in a statement.

“We have denounced that the Odebrecht-Tecnimont-Estrella consortium will finish building the first level of Punta Catalina for December or both in 2019, until both the Government and the CDEEE pay the US$708 million it demands for cost overruns and the US$710.0 million owed to manufacturers and suppliers of electrical equipment endorsed by Tecnimont.”

“At the moment the Government and the CDEEE are stuck in the middle of a crisis in which they do not have money to finance the blackouts but neither to meet the payment demands of the Odebrecht-Tecnimont-Estrella consortium that has set as a condition to continue the construction of Punta Catalina,” the CNLCC said.

It noted that the Government and the CDEEE have placed themselves in this situation after having signed a contract with Odebrecht whose conditions are different from the tender rules of the Punta Catalina construction project.

“In the signed contract the builder was held harmless from liability of seeking 85% of the project’s financing, the possibility of spiraling costs by the contractor and the prohibition of getting financing from sovereign or international bonds.”

“These conditions are placed in the contract that was finally signed, contrary to the bidding rules, which has placed the rope around the neck of the national authorities through two international arbitrations in New York,” it said.

The activist group reiterates that there is a solution for the Government and the CDEEE to break the extortion and blackmail of this consortium. “It suffices to enforce Law 340-06 on Public Procurement that orders the cancellation of the contracts and licenses of companies that practice corruption without any liability whatsoever for the State, and put an end to the pressures from Odebrecht, ” it said.

“Odebrecht admitted having committed acts of corruption in December 2016 in New York court before authorities from Switzerland, Brazil and the USA, and here it signed an agreement with the Office of the Attorney General of approved by a judge, in which it admits that it practiced corruption and for which it is paying a fine. The General Directorate of Public Procurement on the occasion of this agreement provisionally suspended Odebrecht’s license.”

If President Danilo Medina fails to enforce the law against Odebrecht is because of the commitments he has with the company’s mega corruption, and not because the country lacks laws to confront this company and its abuses.

Current Odebrecht president Luciano Nitrini Guidolin replaced Marcelo Odebrecht, who is serving house arrest in Brazil for an initial conviction of 19 years and three months in prison. The sentence was reduced in a plea deal.