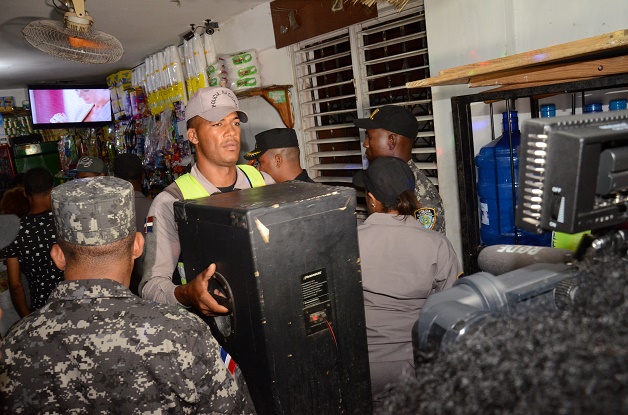 Santo Domingo.- The Interior and Police Ministry and several other agencies on Wed. conducted several anti-noise raids in the National District and the Santo Domingo province .

In a statement, the agency said several businesses that sell alcoholic beverages were visited, in response to complaints by residents of various sectors who called 911 Emergency.

During the raids that included Police officers and Environment inspectors, 57 bars and nightclubs were notified, 48 speakers and 21 vehicles were seized for noise pollution.