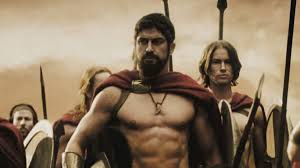 Santo Domingo.- British actor and film producer Gerard Butler has been admitted to a private health center in the Dominican capital on complications of diverticulitis, said a medical source who asked not to be identified, EFE reports.

The star of the film ‘300’ was taken to the clinic with abdominal pains on Monday for medical exams.

The doctors who treat Butler, 49, the source said, ordered an MRI on suspicion of appendicitis, but the results showed that he suffered from an intestinal ailment.