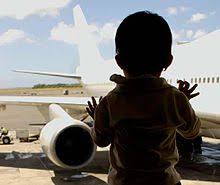 She said the US is trying to find a way to better assist the judicial department so that they understand their obligations as a signatory to the Hague Conventions of 1980 on International Child Abduction.

The official said that there are many cases of Dominican children who are taken to the United States, so since 2007 they have become allies of the Dominican Republic in order to return those minors to the corresponding judicial jurisdiction so that a Dominican authority decides their custody.

“Both parents have to sign for a minor to have a passport. And if there is a court proceeding, one of the parents can deposit the necessary documentation before our body in charge of issuing passports, which generates an alarm in our system that prevents granting that passport until the case is decided. “