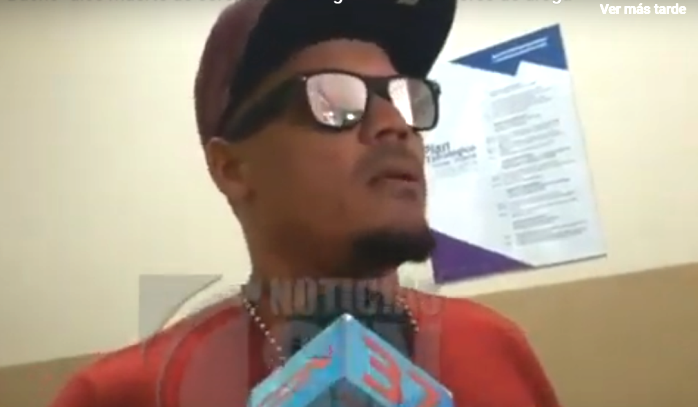 Bani, Dominican Republic.- A brother of Rafael A. Díaz (Buche), the main suspect in the shooting death of Police Col. Daniel Ramos at a drug house in Baní, said the murder stemmed from a conspiracy between the officers accompanying the senior official and drug traffickers in that locality.

The man, who said his name was Jesus Peña, indicated that the other drug dealers in that area wanted to displace his brother from the business, “because he has the point of sales that sells the most drugs in Baní.”

“Here in Baní the drug is free, that’s like going to the market. Here there is competition respecting the points and the point of my brother is the best here in Baní, then the others hatched their plot to kill the colonel at the site to involve my brother,” said Jesus Peña, who affirmed that his brother was not in the scene where Ramos was killed.

He said the Colonel allowed himself to be used by his colleagues and added that “senator Wilton Guerrero knows who the other drug-point owners are who wanted to see my brother out of business.”

A video shows when Ramos next to other officers who accompanied him in front of a house, being shot by unidentified gunmen.

Seconds later the colonel struggles onto the street as the other agents get into a car, leaving Ramos on the pavement.