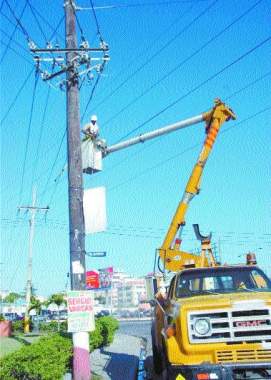 Pact is hard to reach.

Santo Domingo.-  Just hours after a bold announcement the Gov. again postponed the signature of the Electricity Pact, revealing a core stumbling block.

And despite the “good intentions” from all sides, consensus, which is what’s most needed, is still elusive.

The search for consensus begun four years ago was preceded by six years of work, after which the delays to create the Electric Pact began.

According to the National Development Strategy (NDT) that mandates the draft of the agreement to finally solve the country’s electricity crisis, the pact should’ve been ready in 2013.

The decision not to sign the Electric Pact was made after the opposition Modern Revolutionary Party (PRM) announced that it would not attend the ceremony that would take place today at 11am in the National Palace.

In a statement, the PRM said that it would only be present in a dialogue aimed at solving the country’s serious energy problem.

Just hours later, the Dominican Industries Association (AIRD) expressed regret over the postponement, along with social and academic sectors.

“There is no pact, there was never a pact because the government made it fail, because of the mafia that runs the electric sector within the political functionary, which in the name of the public plays for the private and for the extra-economic and irregular accumulation made it fail,” said Fernando Peña, spokesman for the Santo Domingo State University’s (UASD) Observatory of Public Policies.