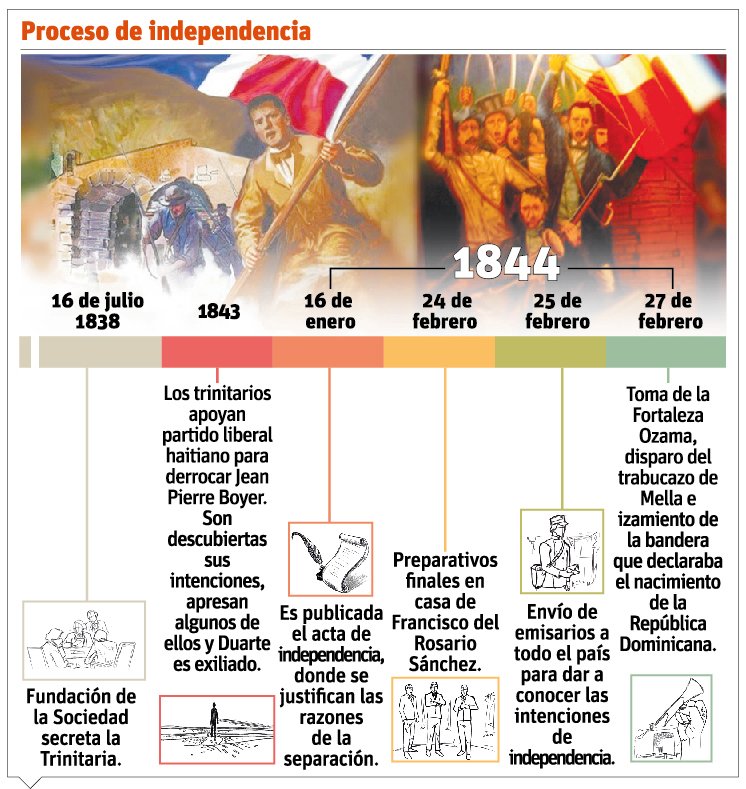 Risk. Historian believes there is a real danger of losing national identity unless the work of the heroes is discussed more.

SANTO DOMINGO.- The declaration of independence contributed to create a nationalist consciousness in the group of inhabitants of the eastern part of the island in 1844.

“These people did not identify or connect with the Haitian occupants, because they had another way of seeing the world, another identity and they aspired to another type of economic and social development”, reveals the historian Elías Acosta.

He added that if the independence process had not taken place, there would have been a prostration of the historical development of this portion of the island.

“At the time of independence , the world was going through a process of changes and social transformations and the Dominicans, although backward in relation to the rest of the nations, incorporated themselves into the global scenario.”

The growing external influence on the youth mentality has aroused concern about the permanence of national identity over time.

“There is a real danger that for various reasons some sectors of national life may forget history and not trust the ability of the Dominican people with a view to the future,” said Acosta, who heads the research department of the General Archive of the Nation .

It sees in the teachers, artists, intellectuals and politicians the agents in charge of assuming the historical discourse in order to preserve the faith in the nation model.

However, for the historian Socrates Suazo, the Dominican identity is strong enough.
“To handle globalization and its impact, what we have to do is to go deeper into the nation project, that includes viability in State projects, competitiveness and cultural and economic innovation,” he said.