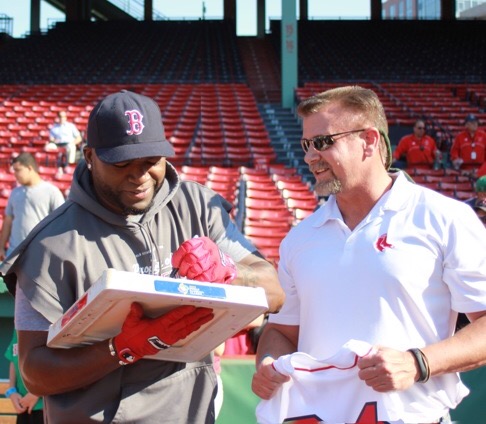 “History doesn’t repeat itself, but it does rhyme.” Mark Twain

Most people who visit Sosúa will never know its incredibly unique history. But there are 700-800 people and their descendants who will likely never forget.

There are many who might suggest that Dominican dictator Rafael Trujillo may not have been acting from the noblest or most altruistic of motivations when he alone from a gathering of thirty-two nations agreed to accept 100,000 Jewish refugees from Germany at the Évian Conference which was convened 6–15 July 1938, at Évian-les-Bains, France. After all, only months before, Trujillo had ordered the brutal execution of tens of thousands of Haitians in the Parsley Massacre.

US President Franklin D Roosevelt called for this international conference to encourage all countries to find a long-term solution to the problem. Specifically, the conference sought: “The Organization of the Emigration and Resettlement” of “Political Refugees and Those Persecuted by Reason of Race or Religion.” Despite the encouragement, the United States and other countries were unwilling to ease their immigration restrictions. As they were in the midst of the Great Depression, most countries feared that an increase in refugees would only lead to further economic hardships. The conference ended a week later. With the exception of the tiny Dominican Republic, none of the other thirty-one remaining countries were willing to accept more refugees.

Responding to Évian, the German government was able to state with great pleasure how “astounding” it was that foreign countries criticized Germany for their treatment of the Jews, but none of them wanted to open the doors to them when “the opportunity was offered.”

Only 700-800 Jewish immigrants were actually able to make it to Sosúa to take part in the resettlement program. The Dominican government welcomed the Jews on the condition that they become agricultural workers rather than “commission agents.” The Joint Distribution Committee created a special organization, the Dominican Republic Settlement Association (DORSA) and funded it to purchase 26,000 acres in the Dominican town of Sosúa, which had previously been developed as a banana plantation but then abandoned by the United Fruit Company. Upon arrival, every new Jewish settler was given 80 acres of land, 10 cows, a mule, and a horse.

The Dominicans welcomed the Jewish settlers and over the years the community became a harmonious mix of Dominicans and Jewish families who intermarried and created whole new generations of Dominicans who shared blended cultures and new traditions.

Between the dairy company, the various inns, and the bed and breakfasts they established, the Jewish settlers laid the groundwork for Sosúa to become a major international tourist destination in the 1980s – a trend that has carried on into the present.

In the post-war years, most of the Jewish immigrants moved on to pursue business opportunities or to reunite with families in the US and Israel – returning to their pre-war non-agrarian lives. A few remained. Some former settlers and descendants returned after finding they missed the Dominican way of life.

But for a fleeting time, the very desperate and inhumane absurdities of war led to a microcosm on the north coast of a Caribbean island where a highly improbable mix of Latin, African, European, and Middle Eastern cultures came together to forge a town that would remain an example of how even the most dubious and cynical of motivations and conditions can render extremely positive and lasting outcomes that echo and ripple through the decades.

Those resonating echoes brought Hugh Baver to that town.

In 2010, Baver played in a Red Sox Fantasy Camp and his fellow players named him Cy Young winner for his performance. He had rubbed elbows with the likes of former Red Sox pitchers Luis Tiant and Bill Lee, and soon after the camp ended, he took a trip to the Dominican Republic, where he visited the Red Sox baseball academy led by former MLB player Jesus Alou.

Baver fell in love with the Dominican Republic, stayed in touch with Alou, and cheered on the Dominican Team when it won the World Baseball Classic in 2013. After the Boston Marathon Bombing, he wanted to do something to make people feel better. He bought the first base bag that was on the field for the final out of the Classic and called the Red Sox. He sprinkled dirt on the base from Red Sox minor league infields in Lowell, Portland, Pawtucket, and from Fenway Park. After Big Papi signed the base, Baver flew to the Dominican Republic and presented it to Alou and the Red Sox, and it’s now encased in glass at the entrance of the academy.

During the trip, he first heard the name of the Dominican city of Sosúa. “Someone said, we know you’re Jewish. Did you know there’s a community here that has Jewish origins? Baver replied no and was captivated and it became an all-consuming thing.”

So Baver has returned to the DR to build a $25 million permanent settlement in Sosúa which would offer a summer camp, a cooperative farm, a farm-to-table restaurant, botanical gardens, a butterfly sanctuary, an outdoor theater, and… of course, a baseball diamond with stadium seating. Baseball will play a big role there. Baver elaborates: “They need to have a ballpark there where kids can play baseball, continue the great legacy of the sport and the special shared relationship between the Dominican and Jewish cultures with regard to that game, and the opportunities it provides.”

This is a history—a story that needs to be remembered. And it seems especially relevant and timely in the growing racial, cultural, and political tensions, turmoil, and divide of the day.

As hate threatens to undermine the decades of efforts to douse it: it is crucial to remember such incalculably monumental events as the one that took place in Sosúa where hope found a place to happen and the human spirit was allowed to shine at its best.

Today the Sosúa dairy business supplies most of the butter and cheese consumed in the Dominican Republic. Next to the town’s synagogue is a very modest museum. The final caption on its exhibit reads: “Sosúa, a community born of pain and nurtured in love must, in the final analysis, represent the ultimate triumph of life.”

If Baver has his way, the golden opportunity for a continued convergence of cultures that once was at the heart of Sosúa will be rekindled for generations to come.