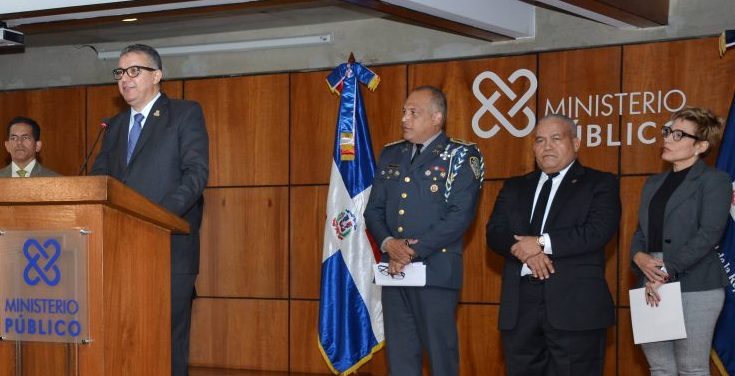 Santo Domingo.- Seven Immigration inspectors, two Airport Security officers and 10 Dominican deportees are part of 29 individuals arrested in connection to a vast international network that forged documents and used false information so that people could travel illegally to the United States.

In a press conference Wed. the Attorney General’s Office said the network was busted in a joint operation carried out in several parts of the country. “It’s one of the most important blows to the scourge of human trafficking in the country.”

The raids were carried out by 294 agents and 16 prosecutors; 84 vehicles and also had the support of the National Drug Control Directorate (DNCD).

Although the names of the detainees weren’t provided, the authorities said they’ll be charged with forgery, the sale, purchase and distribution of fakr travel documents (passports and visas of different nationalities), and immigration seals to traffic people.