‘Ten murders, a ton of coke’ but alleged capo has yet to be convicted 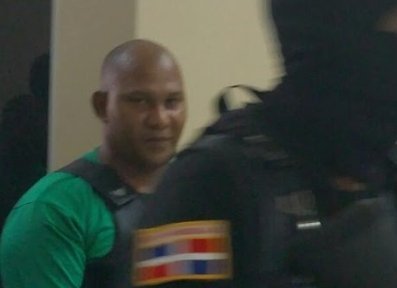 Santo Domingo.- Despite the numerous charges over the last six years against Julio de los Santos Bautista, aka Julito Kilo, who headed “fearsome gangs of assassins” and, most recently, heading a network which allegedly trafficked nearly a ton of cocaine, has yet to be convicted.

He was arrested again Tues., a month after being acquitted for the possession of 953.87 kilos of drugs at Playa Caletón, La Romana in 2016.

Labeled as “the biggest drug trafficker and the most feared assassin,” de los Santos is suspected of murdering 10 people, including the two couples who were shot last December in Guerra township; a case that authorities have yet to clarify.

In March the San Pedro Collegiate Court acquitted of charges that he headed the network in the case where the Colombians Omar Atencio, 39, and Erly Sierra, 41were sentenced to 20 years.