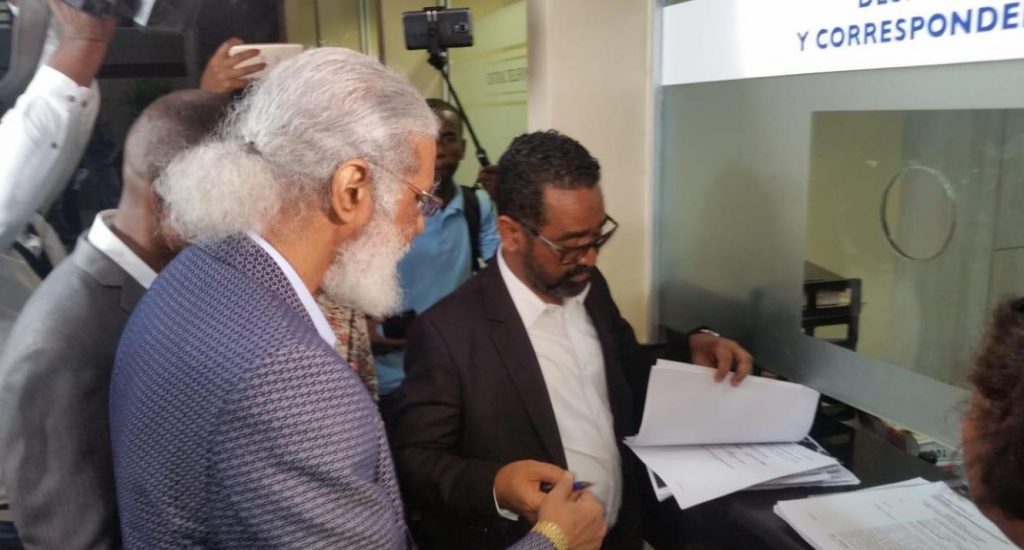 Santo Domingo.- Dozens of bus owners and drivers on Thursday picketed the Office of the Anticorruption Prosecutor (PEPCA) to file a complaint against Industry and Commerce minister Nelson Toca, a former minister and a private company, for alleged money laundering.

Bus owners union (Fenatrano) boss Juan Hubieres, filed the complaint accompanied by a group of protesters who waved banners with shouts of “justice be done.”