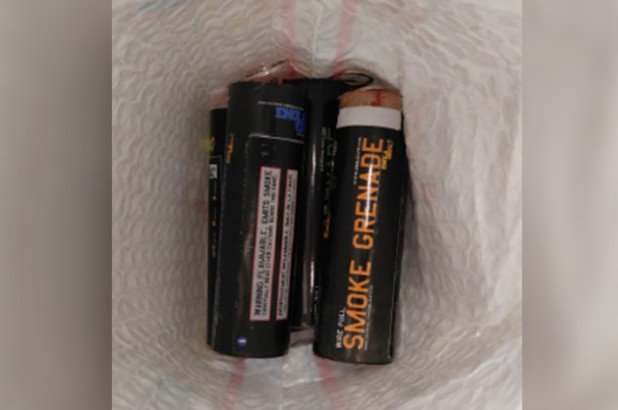 An agent removed the bag from X-ray control after seeing something unusual last Sunday, and found the grenades carefully wrapped in bubble wrap.

Though not illegal, to carry such a device on a plane is forbidden because they could fill the cabin with smoke, said TSA’s federal security deputy director, Christopher Murgia.

The passenger handed the grenades to a person who was not going to travel and boarded.