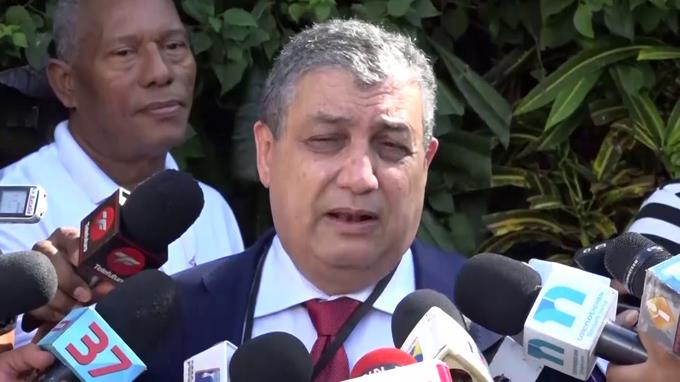 The spokesman of the PLD caucus in the Chamber of Deputies, Gustavo Sanchez, reported yesterday that if the constitutional reform bill is submitted to allow a third term of President Danilo Medina, they will be forced to meet him.

However, he explained that up to now he does not know if the project exists or not, but that if they reach the lower house they are obliged to meet him and he would become a consensus-maker.

The deputy was interviewed on his departure from the office of the Administrative Minister of the Presidency, José Ramón Peralta, where he attended yesterday afternoon, along with two other Danilista legislators, to try to find a way out of the situation that presently exists in Congress , which until yesterday was militarized, rendering the legislative agenda paralyzed.

The president of the Senate, Reinaldo Pared Perez ordered yesterday the withdrawal of the public force from the vicinity of the National Congress, which had been militarized for more than a week, as a preventive measure due to the expectations that the population would demonstrate before the possible introduction of the constitutional reform project.