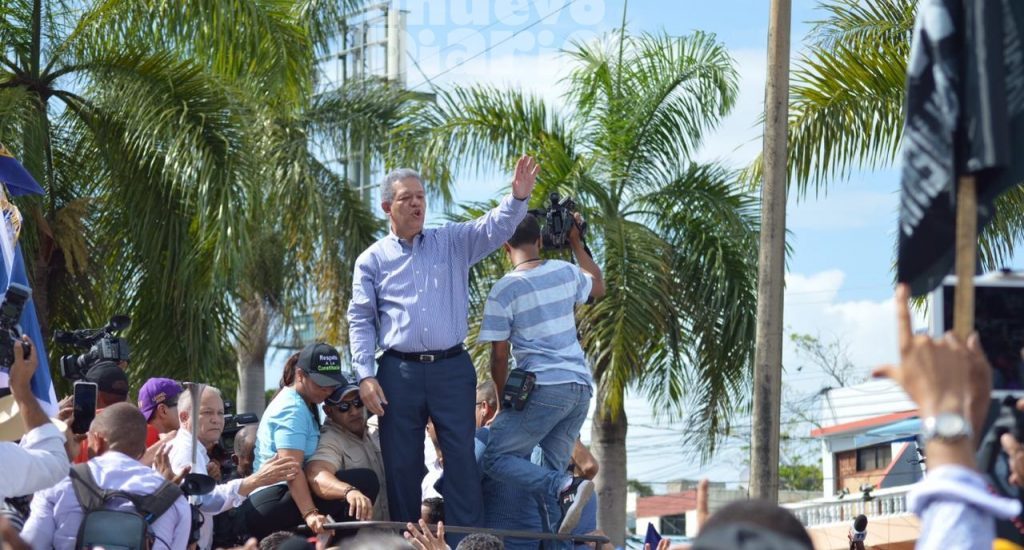 Santo Domingo.- Thousands of supporters of former president Leonel Fernandez braved Wed. afternoon’s downpours and marched on Congress to reject a proposed amendment of the Constitution that would pave the way for president Danilo Medina’s reelection.

The also president of the ruling party (PLD) said he has deep respect for Medina, but noted that he cannot support a change to the Constitution.

“I’m sorry but I cannot support it,” he told the crowd that applauded from start to finish.

Fernandez denied that his initiative responds to personal desires or that it results from a clash of factions within the ruling party led by him and Medina as some sectors affirm.