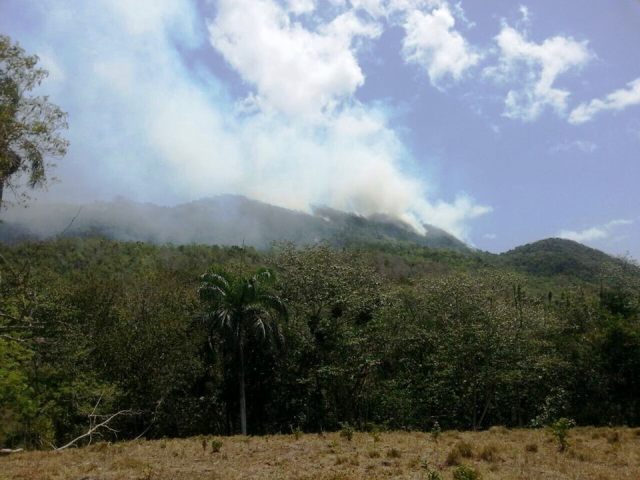 “The fire was detected by members of the Army of the Dominican Republic on reconnaissance by the 1st Air Cavalry Squadron in the area, so they immediately proceeded to send the troops to the site,” the Army said in a statement.

It adds that they work in supporting Environment Ministry crews to fight the fire, “making trails to completely douse the flames and prevent major damage.”