The country’s attention is directed this Sunday to the JCE, PLD and PRM 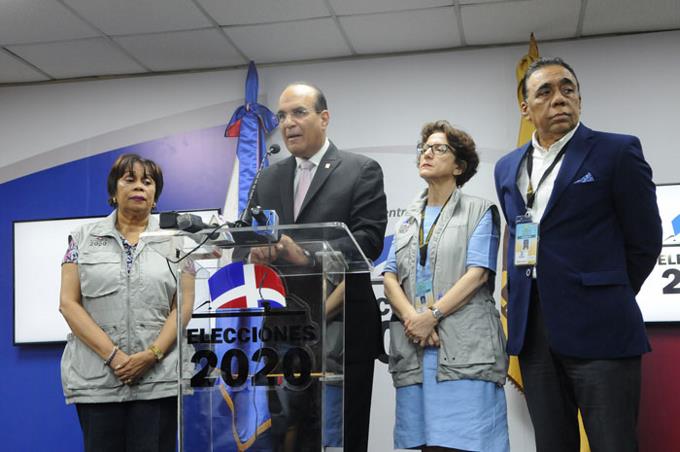 Today, the eyes of the Dominican Republic will be on the Central Electoral Board (JCE). But also the attention of the country will be concentrated on the two main parties, where the political leadership continues to “natague” to stay afloat.

It is an unprecedented process in Dominican electoral history, reversed by stressful confusion: a kind of advanced national elections where 11,427 precandidates compete to hold 4,113 positions at the presidential, congressional, and municipal levels.

The expectations begin in the court of elections. For the first time, it will use a complex system of automated and manual voting. This is being done to increase credibility with a population that has become accustomed to the allegations of frau after each election.

Trying to clear up doubts, the JCE decided that at the presidential level, samples of 20% will be audited randomly, at polling stations in 158 municipalities. This sample was deposited in the bags that correspond to the electoral material that was distributed.

The technological equipment installed in 7,372 polling stations will depend 100% on the transmission of the results, a fragile energy service, and the security protocols guaranteed by the two large telephone companies operating in the country.

From 8:00 am on Sunday, the register of 7 million 416 thousand citizens registered by the Electoral Board, will open so that they can vote in the primaries opened by the ruling Dominican Liberation Party (PLD).

In the PLD, 6,706 precandidates were registered, of which four are in the presidential level, 107 in the senators, 616 in the deputies, 504 mayors, 3,037 councilors. Six hundred fifty-six municipal directors and 1,754 members.

However, the higher enthusiasm is concentrated in the polarization achieved between the presidential candidates: former President Leonel Fernández (1996-2000), (2004.2008) and (2008-2012), and former Minister of Public Works Gonzalo Castillo, which is promoted by President Danilo Medina and his government team. The minority presidents are Melanio Paredes and Maritza Hernández.

Simultaneously, the primaries of the opposition Modern Revolutionary Party (PRM) will also be held, with its closed register, where more than one million 293 thousand registered voters may vote.

The PRM presents 4,717 candidates, of which six correspond to the presidential level, four to senators, 244 to deputies, 262 to mayors, 2,273 to councilors, 199 to municipal directors, and 1,303 to members. But without a doubt, the main attraction is concentrated between Luis Abinader and former President Hipólito Mejía (2000-2004). The other minority presidential elections are Wellington Arnaud, Ramón Emilio Concepción, José Rafael Bueno and Ramón Burgos.

Assembly of the primary

Official information states that 7,372 polling stations will operate in these simultaneous primaries, which group the 16,501 polling stations that operate in the general elections. The personnel that will work will be composed of 36,860 members of voting tables, 4,075 technicians, 4,500 technical supports, 400 supervisors, 48,000 military members of the Electoral Military Police, 2,300 members of Electoral Boards and 400 people hired temporarily, for a total of 96,000 collaborators

The organization of the event is in the hands of Julio César Castaños Guzmán, president of the JCE; the titular members Carmen Imbert Brugal, Rosario Graciano de los Santos and Henry Mejía Oviedo, as well as by Mario Núñez, national director of Elections; and Miguel Ángel García, national director of Informatics, among others.