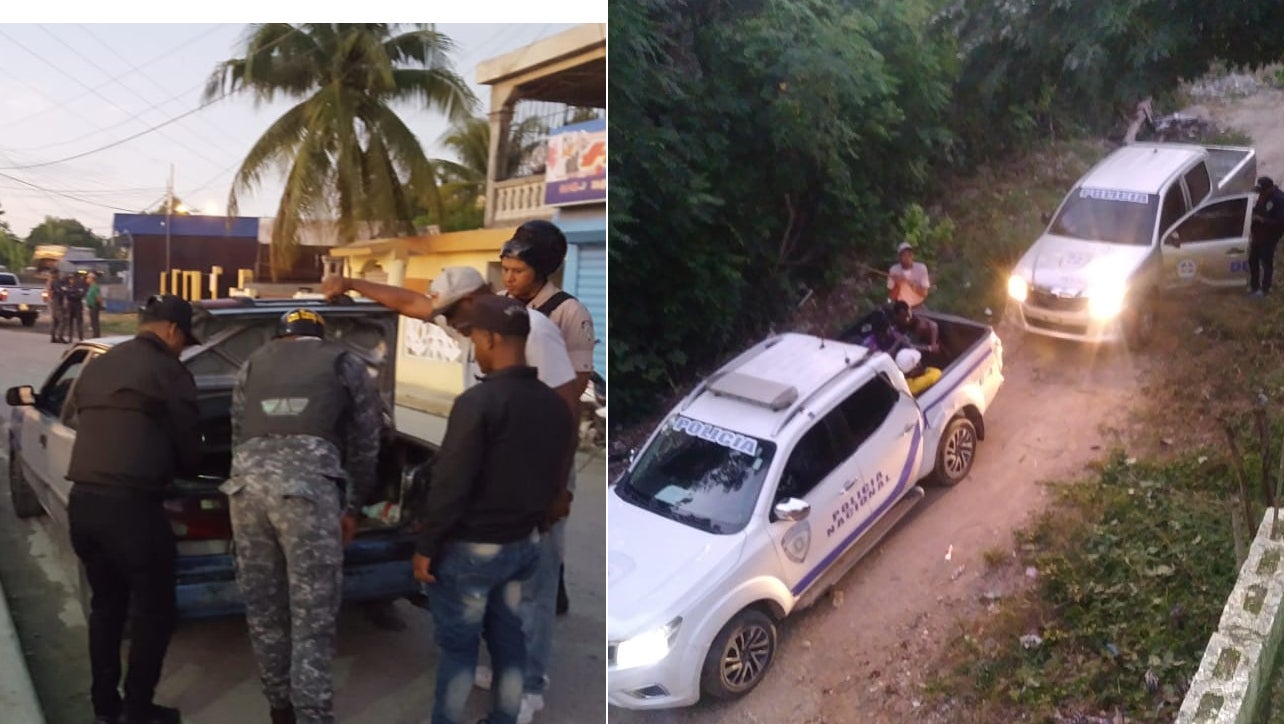 The National Police reported that 31 alleged criminals were arrested in various operations carried out in more than 40 sectors and neighborhoods of Santo Domingo Este.

The institution said that six firearms, including a homemade M-16 rifle and seventy white weapons (non-firearms), were seized.

The area’s police commander, Colonel Franklin Grullon Collado, reported that during the operations, in addition to dismantling several drug outlets, several stolen vehicles were recovered, as well as numerous motorcycles.

He said that most of the detained subjects were being sought by the judicial authorities for having open files and warrants and that the operations extended to the municipalities of Guerra and Boca Chica.

“We are facing crime and we can say, without fear of error, that criminal actions in East Santo Domingo, have fallen by a considerable percentage,” he said.

He maintained that the instructions received from the director of the National Police, Major General Ney Aldrin Bautista Almonte, are being followed to the letter and added that he is satisfied with the support he receives for the increase in patrolling in the Eastern zone.

“We also have to recognize that the support we receive from the public to face crime is extremely positive,” said the police commander.

The colonel added that the other subjects involved in these cases are being refined in the various police detachments.