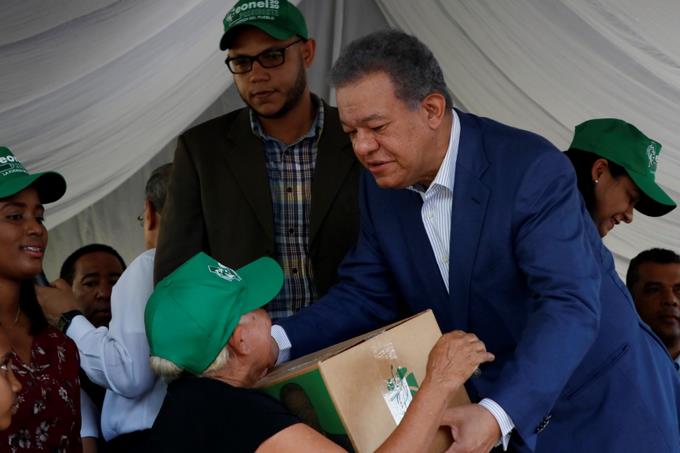 “As it is a tradition, whether we are in the Government or abroad, in each Christmas period we make this delivery of boxes containing food, to the neediest families in the Dominican Republic, we did that before and we continued it within the People’s Force,” he said.

He took the opportunity to send a warm greeting to the Dominican people, wishing them peace, harmony, and tranquility of the whole family, as well as hopes for a prosperous and successful 2020, in which he said, the FP will direct the destinations of the Dominican Republic.

He thanked the support of the people “even in times of great adversity,” which he said, have been defeating one by one with the majority support of citizens.

He invited to celebrate this Christmas in peace and always free with optimism, faith, and determination the challenges of the year to come.

The surroundings of Benito Monción street, in Gascue, were full of citizens who came to receive in an organized way, the direct salutations of Fernández, for whom it is a tradition every Christmas, to give the citizens the Christmas detail, before Christmas Eve.