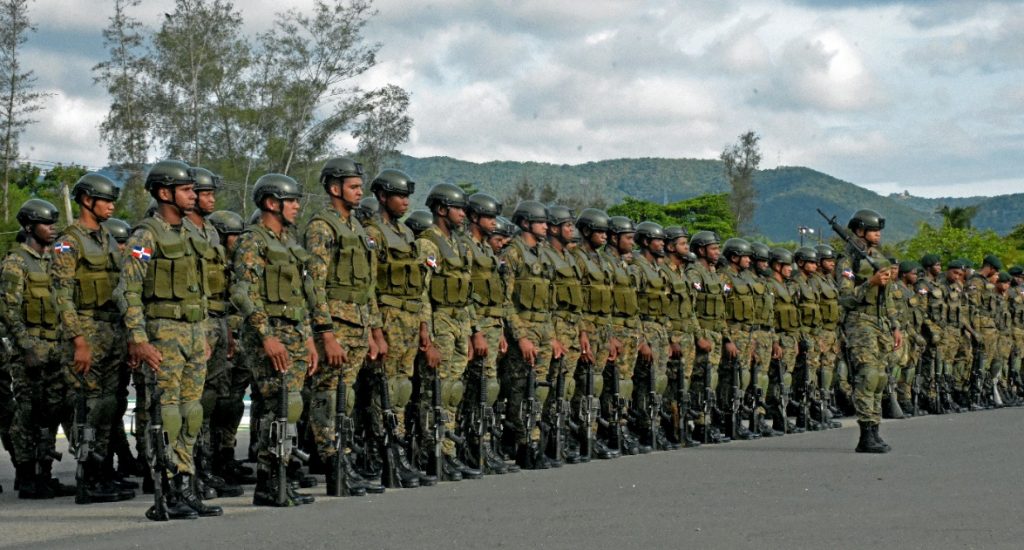 SANTO DOMINGO.- The Minister of Defense, Lieutenant General Ruben D. Paulino Sem, ordered the reinforcement With troops of the Army, the Navy and the Air Force, of the Joint Interagency Task Force and “Border Fence.”

Similarly, support with aircraft and vessels, in addition to land mobility, with the aim of ensuring compliance with laws, strengthening security across the border, avoiding drug trafficking, smuggling goods, protecting the environment, as well as counteract the irregular immigration of foreign citizens who try to take advantage of the end of the year festivities and the start of the new year to enter the country illegally.

Major General Estanislao Gonell Regalado, commander of the Army General said that with the strengthening of the military presence throughout the border region, the army guarantees security and control in military posts and detachments, increasing checkpoints.

Also the Increase in patrolling of short and long-range in coordination With the General Directorate of Migration and the other government agencies so that the border area will be protected and secure 24 hours a day.

The Formal act of Strengthening the “Border Fence” was held at the facilities of the Military Camp August 16.