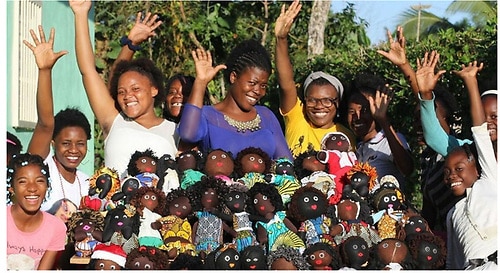 “I like to learn how to make black dolls because that’s how I do something like me: they are black and curly-haired, like me! And at the same time it makes me reflect on who I really am, it makes me think that it is not fair for girls to have to play with dolls in which they cannot identify, because the dolls that are normally sold are white, skinny and with blond hair… but there are very few people like that!” 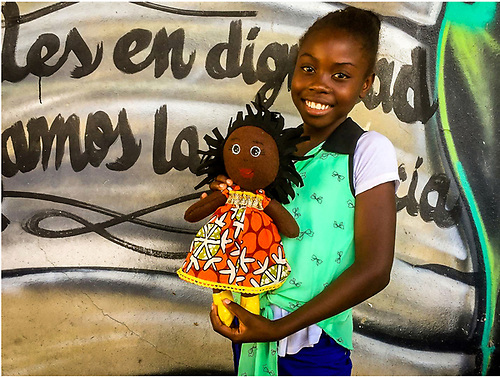 These words of Bileysi, a young Dominican woman of Haitian descent, perfectly summarize the spirit of this new popular project that is being developed in the Caribbean country with the purpose of empowering the women of the bateyes, small rural-type communities scattered among the huge sugar cane plantations.

Led by Ana Maria Belique and Elena Lorac, miembras founders of the movement Reconoci.do , a youth group that combating racial discrimination and in favor of recognition of the identity of African descent in the Dominican Republic, the “Black Dolls” project consists of weekly workshops, in which the participants learn to make beautiful cloth dolls, while having the opportunity to develop a critical approach on issues that directly touch their lives, such as gender violence and, precisely, racism.

Most of the women who attend the workshops are, in fact, young Afro-descendants, daughters of Haitian immigrants employed as long-time braceros in the profitable sugarcane plantations, where they work in semi-slavery conditions; women who, because they live in these isolated places, because they are black, poor and, finally, because they are women, have no possibility of entering the official labor market and are subject to continuous discrimination and violence.

Even though it is a country with a mostly black population, the Dominican Republic has a pending account with its African heritage and, especially, with the historical contribution of neighboring Haiti. 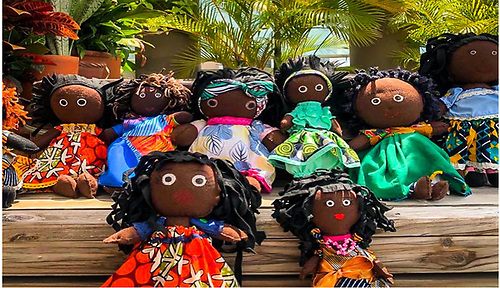 This denial and rejection, shared and widespread, black and Haitian, has finally been reflected in discriminatory government policy. Through a controversial constitutional reform, even applied retroactively, in 2013, tens of thousands of people born in the country but whose parents are foreigners were stripped of Dominican nationality.

Following this constitutional reform, Belique and Lorac have been two leaders of the Recognized movement, which aims to defend the rights of the people affected, promoting demonstrations, debates, and collective demands. But beyond the great mobilizations, they also felt the need to work from below, on a day-to-day basis, building awareness and knowledge with the most disadvantaged people, the weakest ring in the chain: the women of the bateyes, who never even had the cultural resources to undertake such a great struggle.

Thus was born the idea of ​​”Black Dolls RD,” as a concrete form of struggle and daily resistance: use an object as simple as a cloth doll to raise awareness, empower and, perhaps, rescue the lives of women. Remember Belique:

“It’s been a long time since I’ve been dreaming of doing something together with the population that I belong to. I wanted to do something practical, immediate, that would combine action with theory, and I thought: what better way than to reflect and, at the same time, act to deconstruct the beauty stereotypes that historically have been imposed on us because we were girls? That was the thought: to help our young women to recognize themselves as black, brave and warriors who fight against adversity every day in a society that belittles and degrades being black.”

The first workshop of the project was held last March 2019 in the batey Sabana Larga, in the province of Monte Plata, about 50 kilometers north of the capital, Santo Domingo. Since then, every Saturday, a growing number of women have continued to gather to make dozens of black dolls, unique specimens, entirely handmade, with their naturally curly hair and cheerful colored dresses. During the workshops, participants work in groups, laugh and have fun, but also talk, discuss and reason about their lives, asking questions and possible solutions to the problems they suffer from their social status. 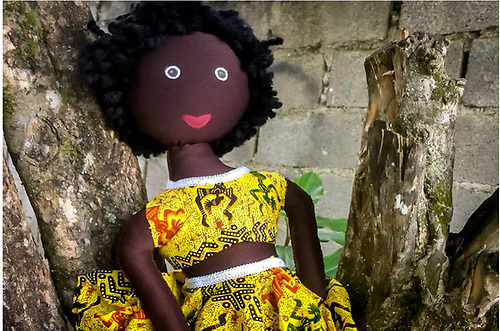 “The workshops – adds Ana María Belique – help raise self-esteem by facilitating conversations about human rights, structural discrimination, statelessness and blackness. But at the same time, they are an opportunity for women to develop a skill that can generate income for them.”

Indeed, the dolls made by women in the workshops are for sale, and the proceeds serve to further develop the project and also to help the participants financially. However, at the moment the initiative is maintained thanks to the collaboration of friends who believe in the importance of this work, but the goal and plan for 2020, says Ana, is to: “Involve more communities and more women. For this reason, we need everyone’s support and support. Seeing women love these black dolls fills us with pride and makes us feel that we are on the right track. They are what give our work meaning.”