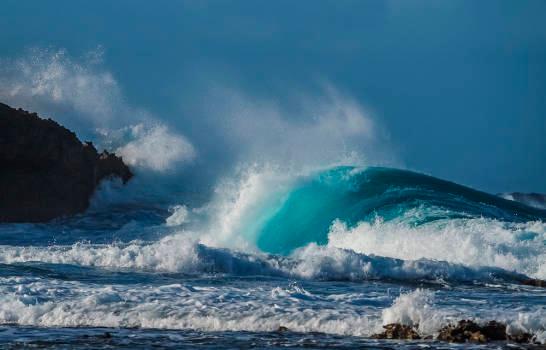 The abnormal swell will be on the Atlantic coast (north) of the country. (PHOTO: ARCHIVE / DIARIO LIBRE)

The Emergency Operations Center (COE), issued a green alert for the fragile, small and medium-sized vessels that sail on the Atlantic coast of the country, due to abnormally high waves and rough seas.

The warning from Cape Engaño (La Altagracia) to Punta Gorda (Miches), also from Cape Macorís (Puerto Plata) to Punta del Castillo (Puerto Plata) for which the same conditions result in advisories that such watercraft must remain in port, while in the other coastal sections they can sail near the coastal perimeter, without venturing offshore into abnormal winds and waves, the COE said in a bulletin issued this Saturday.

“On the Caribbean coast from Cape Engaño (La Altagracia) to Saona Island, operators of fragile and small vessels must navigate near the coastal perimeter due to high winds and abnormal waves, in the remaining coastal sections there are no restrictions.”

The National Meteorological Office (ONAMET) informed that as of the afternoon of this Saturday the swell on the Atlantic coast will show a progressive deterioration, therefore, operators of small and fragile vessels should navigate near the coastal perimeter and do not venture offshore into wind and abnormal waves.