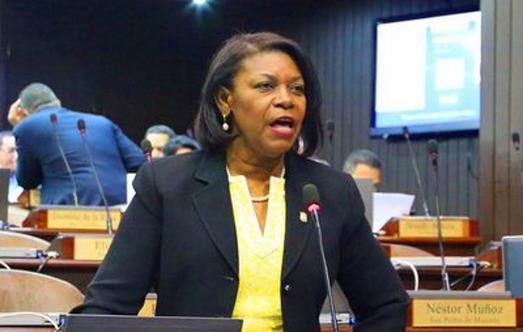 Santo Domingo.- The deputy of the Christian Social Reform Party (PRSC) Inés Bryan died after suffering a heart attack on Saturday morning in a store in Santo Domingo.

The legislator by San Pedro de Macorís was transferred to the Intensive Care Unit at the Independencia Clinic and subsequently to Corazones Unidos where the death occurred.

The Macorís del Mar portal explains that the deputy was in a store in the city with her husband Juan Carlos Martínez Estrella buying several grocery items to prepare Christmas baskets to be distributed among her followers during Christmas holidays.

The deputy was born in San Pedro de Macorís, in Ingenio Porvenir, daughter of Alexander Bryan and Masiel Casey, is the second of three sisters, Emma and Juliana, her primary studies are carried out at the Porvenir Ingenio Primary School, Secondary studies at the Gastón F. Deligne reform school.

Bryan was one of five deputies who voted against the draft State Budget of 2020 that was approved at first reading on December 17 by the Chamber of Deputies and that three days later was promulgated in law by President Danilo Medina.