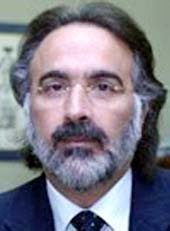 Gómez Mazara said the Attorney General’s decision seeks to protect the economist, who allegedly received US$2.0 million dollars from Odebrecht when he worked as an advisor to the of State Electric Utility (CDEEE).

He labeled the measure as “suspicious” and “an unequivocal sign of complicity, that on December 26 of the year just finished the Attorney General’s Office notified a definitive file of the investigation process, pretending that the political power serves as a complicity willing to protect Dauhajre, to which

Paraison: The US and the international community have in their hands a proposal for a solution to the Haitian crisis
Toda la actualidad de noticias en República Dominicana
Diseño web