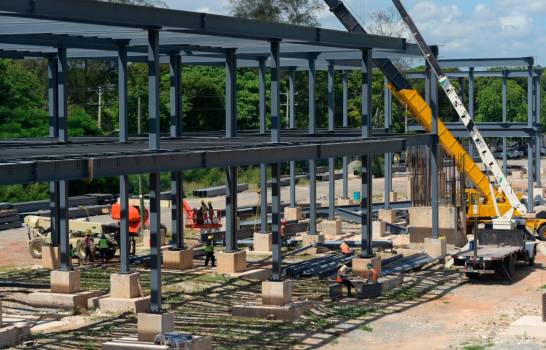 Santo Domingo.- The construction of a bus terminal in a park in Santo Domingo Este continues despite the Constitutional Court ruling which orders the Public Works Ministry to halt the work

Crews at the site continue working “full steam ahead” with heavy machinery and destroying part of the protected area as much of the metal structure encroaches the landscape.

The govt. has even resorted to the military to seal off the construction site.

Former deputy Manuel Jimenez said the entire community of Los Tres Ojos has been fighting a hard battle for more than two years to halt the illegal work that, in his view, would devastate “the ecological lung” of the area. “President Danilo Medina is primarily responsible for the ecological damage in the area.”

The case is similar to the attempted construction of a pedestrian overpass over the Malecon three years ago, when the City Council was forced to deploy its Municipal Police to enforce the court order against the govt.