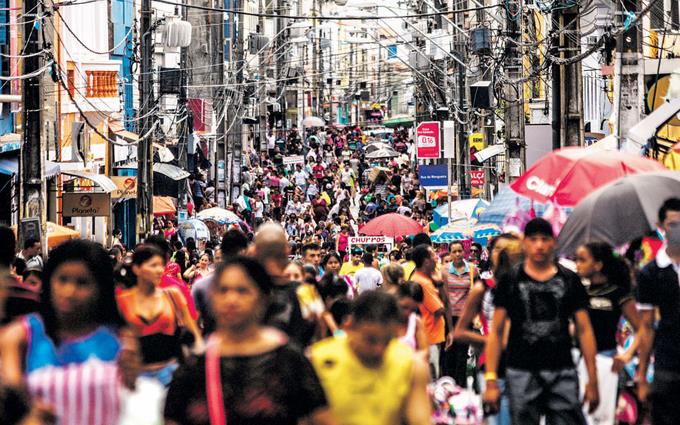 In the next decade (2021-2030) the territory of the island of Hispaniola made up of the Dominican Republic and Haiti, will have to bear on its surface of approximately 76,192 square kilometers about 2.1 million people more than the existing ones.

By 2030 it is projected that the Dominican Republic will have 804,785 inhabitants more than the current 2020 population estimated at around 10.4 million, and within ten years it is expected to exceed 11.2 million.

In the case of Haiti, the population is forecast to increase from 11.4 to 12.7 million, for an increase of 1.3 million. Together, both countries will add up to a total population of about 24 million inhabitants, according to the projections of the National Statistics Office (ONE) and the Latin American and Caribbean Demographic Center (Celade), a unit of the Economic Commission for Latin America and the Caribbean ( ECLAC).

This population increase represents a challenge for both countries, because the more people there are, the more food, more water, housing, medicines and more public services are needed.

Researchers and experts on development issues and social policies Rafael Jovine and Flady Cordero agree that the population situation has to be viewed from an island perspective and adopt policies for the entire territory.

“Regardless of cultural differences and others, we must think of the territory as whole energy, environmental, etc. policies must be viewed from a binational perspective because everything concerns both sides,” says Jovine.

For Jovine, one of the main challenges of population growth is the limitation of resources, especially water. This is why he recommends paying attention to the aquifer sources of the island. While Cordero believes that the problem will not be the 24 million people on the island, but the absence of migration policies that regulate flows from Haiti to the Dominican Republic.

In his view, migration policies cannot be aimed at the expatriation of undocumented immigrants, but rather at the regularization of employers with workers without regulated immigration status, at the reduction of the entry of citizens and the improvement of Dominican consular policies in Haiti.

He considers that it is necessary to boost border development and that Dominicans and other businessmen invest in Haiti so that the economy of that country improves, because “if there is an economic improvement in Haiti, the flow of migrants is reduced.”

Flady Cordero believes that it is necessary to promote development and contribute to the generation of jobs in Haiti to reduce migration.

The expert also believes that social policies must be implemented so that Haitian immigrants have better living conditions, such as Dominicans in other countries.