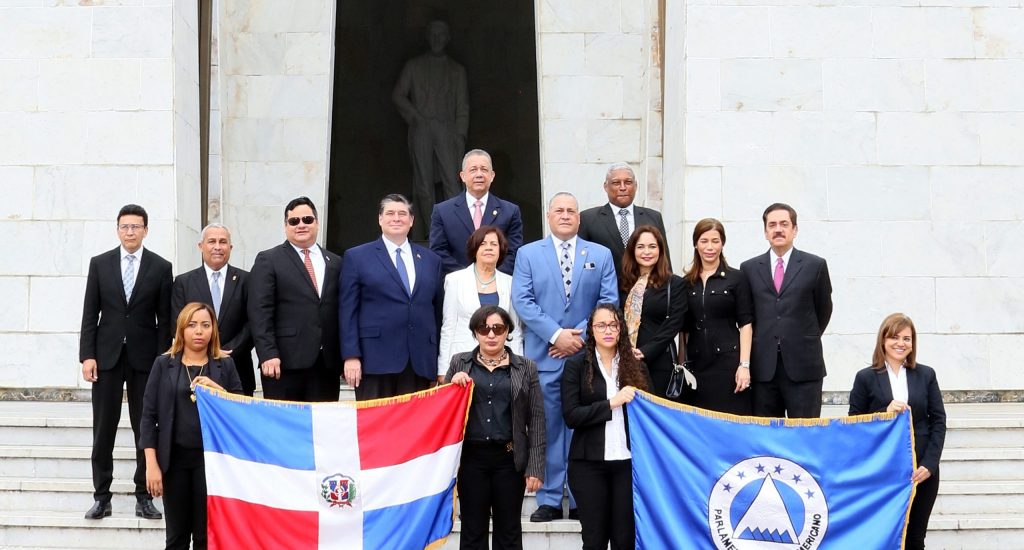 SANTO DOMINGO.- The Dominican Branch of the Central American Parliament (PARLACEN) deposited a floral offering in the Altar de la Patria on the occasion of celebrating on January 26 the 207th anniversary of the birth of Juan Pablo Duarte y Diez.

The floral offering was chaired by the vice president of PARLACEN, deputy Claudio Marte; the secretary of the Board of Directors, María Elena Pérez Ferreras, and the former president of the regional forum based in Guatemala, Tony Raful Tejada. Also congressmen Silvia García Polanco, Manuel Adames Lockward, Miguel Oviedo Campos, Víctor Mojica, and others.

The ambassadors of Mexico, Panama and El Salvador also attended.

Deputy Claudio Marte, in his capacity as president of PARLACEN, spoke about the importance of this date and invited all Dominicans to emulate the example of Duarte.

“It is an honor of the PARLACEN deputies to pay tribute to the founder of the Dominican Republic,” he said.

For his part, the historian, Poet, essayist and current deputy to the Central American Parliament, Tony Raful, stressed that Duarte was the creator and designer of the Republic “in not only the patriotic sense but also in the moral and ethical sense.”

He said that by paying tribute to the hero of the Dominican homeland, PARLACEN, which is the integration of several Central American nations and the Dominican Republic, “we are vindicating not only the creator of the nationality but everything that contained the figure of Juan Pablo Duarte for Dominicans.”

Raful also stressed that Duarte traced the path of national independence in unique conditions in the American context “because we did not become independent from the metropolis but from the country that occupied our territory at that time, the Republic of Haiti, and that oppressed the Dominican Republic.”

“Duarte was also committed to all social struggles in our country and the restorative struggle, through which our people defeated the Spanish army and freed it from annexation to Spain,” he said.

On her side, the secretary of the Board of Directors of the Central American Parliament, María Elena Pérez Ferreras, highlighted the patriotism, the great values, principles, sacrifice, and honesty of the founder of the Republic.

“Duarte gave himself body and soul, full of faith and hope, to achieve the independence of our territory from the Haitian yoke, sacrificing his family’s assets and putting his life at risk,” he said.

Pérez Ferreras also stressed that “Duarte left a great legacy to his people: a free, independent and sovereign homeland.”

The Dominicans – he added – have to stand firm and vigilant so that this legacy of the founders of the Republic will last forever.

On the honesty and transparency of the patrician Juan Pablo Duarte in the management of public resources, he recalled that when the Central Government Board sent him to the South commanding troops to confront the Haitian Army that was reluctant to leave the national territory after the proclamation of Independence of the Republic, “he was given the sum of one thousand pesos, which at that time was a lot of money, and when he returned he returned the money he did not use and detailed, in an accountability report, that he spent every penny.”