Dominicans relentless, a 5th day of protests over botched polls 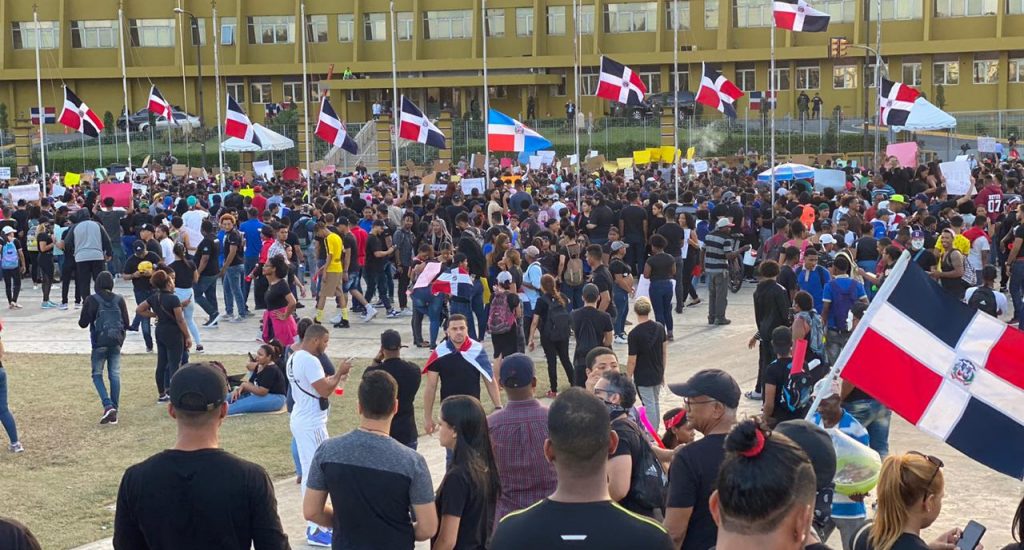 Santo Domingo.- Banners in hand and under the din of vuvuzelas, protesters in the Plaza de la Bandera staged another manifestation on Monday with irreverent calls for the Central Electoral Board’s members to resign over the botched municipal elections of February 16.

Citizens in the Plaza and other cities have demanded answers and an investigation into whether the electronic voting system used in the polls had been sabotaged.

“We have eight days on and we will continue until we get answers,” Ana Soriano told local media. She said she has come to the square to raise her voice at the setback that for her represented the suspended elections, and not being able vote.