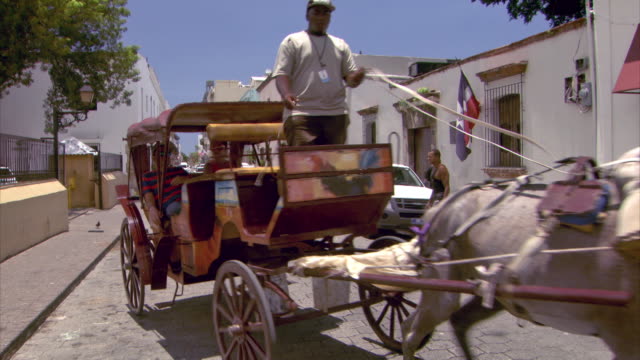 The Mayor of the National District ( ADN ) announced that horses used in carts in the Colonial City will be replaced by electronic carts.

The information, published in the official Twitter account of the Mayor’s Office, explains that the measure will improve the living conditions of horses, take care of the environment, boost tourism in the city, create job opportunities and respond to requests from tourists and residents.

“The coaches will receive electric carts and will be appointed by the National District City Council and prepared as tour guides,” said the municipal agency.

The first units of electric cars will be a direct contribution of the mayor, David Collado, and directors of the mayor’s office, according to the publication.

With the new measure the horses, which served as a means of transport for hundreds of tourists in the Colonial City, will have veterinary attention to ensure their recovery.

It is recalled that the exclusion of horses in tourist areas has been implemented in different parts of the world, one of the examples given by ADN was the case of Guadalajara, Mexico.