Coronavirus: Drivers and carriers warn they will protest before they starve 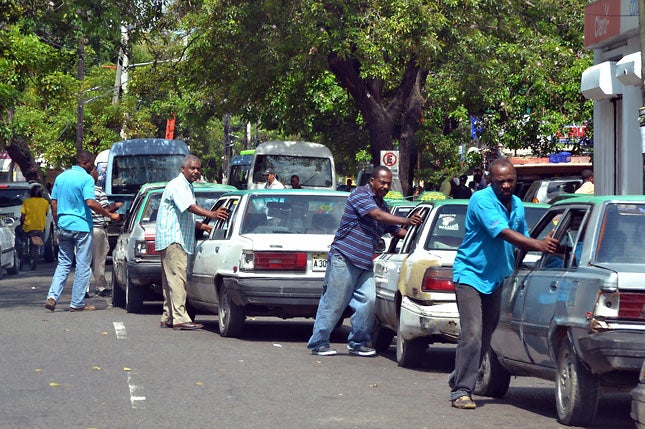 Carriers ask to be included in coronavirus measures

The president of the National Federation of Christian Social Transport Workers (FENATTRANSC), said today that this sector is waiting for the president of the Republic, Danilo Medina, to adopt effective measures to help the country’s passenger carriers, who, according to what he said, is suffering a terrible situation of misery, as a consequence of the emergency situation that Dominicans are experiencing due to the coronavirus pandemic.

The leader of the chauffeur sector points out that the vast majority of these workers have been forced to abandon their profession to seclude themselves with their families in their homes, without economic production and subject to a state of need, misery, and hunger. In this regard, I mention the calamities that the drivers of the taxis, cargo, and motorcyclists are suffering, a situation that he defined as desperate.

Mario Díaz announced that the transportation agencies affiliated to FENATTRANSC decided to order its members of the passenger transport that they operate, to only offer taxi service to doctors, medical auxiliary personnel and nurses as well as the police and military, as a way to prevent these vehicular units from serving as a focus for contagion to the citizenry. For this, they have established specific schedules, so that routes coincide with the location of hospitals and detachments. They only operate during the working hours of those hospital centers and police precincts and he announced that the same measures will be taken in the next few hours by the other transport organizations, which despite the current crisis, have continued to provide citizens with this service in the main provinces of the country. But they’re only working in an extremely reduced capacity since user demand has been diminished to such a low level. As much as 80 percent of the vehicle fleet is out of action.

These reductions have only left space for the services of taxis, moto conchos and very few units of public cars.

He noted that the transport sector is going through the largest crisis in its history, presenting losses of more than RD $ 3 billion pesos, in just over a week that this sector has been without offering services to the population. Meanwhile, the government has more than RD $ 16 billion pesos, owned by drivers and obtained from fuel taxes to compensate the transportation sector.

Drivers warn they will protest before disappearing and starving

In another order, Díaz announced that if the President of the Republic does not order before next Monday, April 5, automatic compliance measures, to the benefit of the tens of thousands of drivers of cars, minibusses, buses, truck drivers, and motorcyclists, that are now under quarantine confined to their homes with their families, experiencing misery and hunger, “in the coming days, we will travel to the National Palace in our vehicles, along with our families, wearing protective gloves and masks and we will park in front of the Palace to starve, waiting for the supportive hand of President Danilo Medina.

After clarifying that the transport sector is not begging for gifts from the government, but demanding a fundamental right, protected by the Constitution and the laws of our country, Mario Díaz, Secretary-General of FENATTRANSC and member of the National Central of Transport Organizations CONATRA, called to all Dominican carriers, including the directors of FENATRADO, FENATRANO, CNTU, FENTRAUNI and MOCHOTRAN, to support the claims that CONATRA and FENATTRANSC have been making to the government for the benefit of the so-called pirates of the concho, truckers, and motorcyclists, who do not have a Solidarity Card, Bono-Gas, or SENASA insurance, nor are they included in the AFP’s retirement plans.