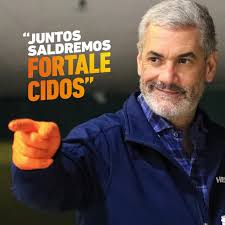 Santo Domingo.- Sympathy, intelligence, closeness, are some of the attributes that a candidate must exhibit to secure votes. But, in this country, another point that attracts is the family unit that he can show.

In the case of the candidate for the presidency for the ruling party (PLD), Gonzalo Castillo, he has yet to appear with his family. With the exception of his son, the politician’s wife and two daughters have been the noticed absentees in his campaign, which has stoked questions.

Interviewed on Alofoke Uncensored by Santiago Matías, Castillo said that his wife, Silvia López, “has not wanted to get involved in my campaign.”