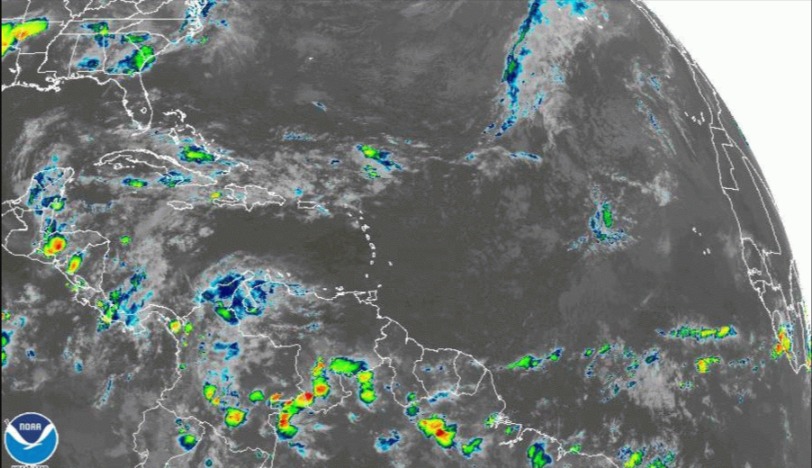 The National Meteorological Office (ONAMET) predicted that this weekend (Saturday and Sunday) moderate to heavy downpours will occur with thunderstorms and gusts of winds over locations in the Northwest, North, Northeast, Central Cordillera and border areas.
The weather agency reported that these conditions are due to the incidence of a trough at various levels of the atmosphere and the effects of daytime and orographic warming.

Meteorology pointed out that temperatures will continue to be hot, especially in urban areas, becoming cooler in mountainous areas, which is why it encourages the population to consume enough liquids.

The maximum temperature will be between 33 ºC and 35 ºC (93-95°F) and the minimum between 23 ºC and 25 ºC (73-75°F).
In addition to that, Onamet maintains the recommendation to adopt the necessary measures to guarantee the rational use of water, due to the rainfall deficit that several months ago affected to a large extent the national territory.

Meteorology predicts that in Greater Santo Domingo it will be partly cloudy and that some showers could occur in the morning.