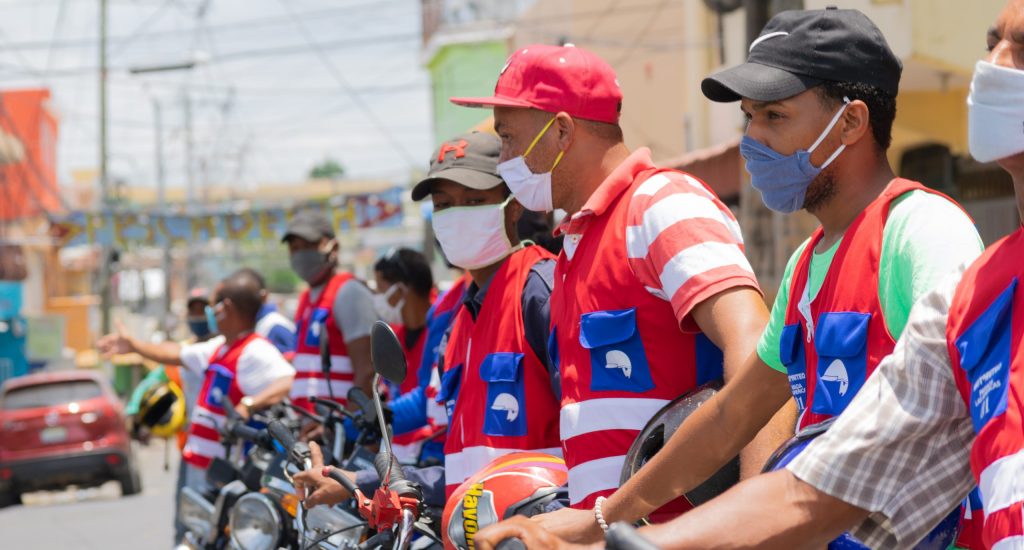 SANTO DOMINGO.- Under the slogan “Union makes strength,” representatives of a group of motoconchistas announced the creation of the “El Motoriteo” movement, with which they assure they seek to unify and organize the motorcycle taxi sector throughout the country through a single voice, to be able to express the needs of these passenger transport workers.

“This movement is the opportunity we have been waiting for in the motorcycle taxi sector so that it can be represented in a dignified and unified way,” emphasized Ismael Santana, a member of the movement.

In a statement sent to this editorial, they express that they took this step because they understand that, for years, this important sector of the country’s economy has been mistreated by all governments and that it is time for them to assume, “in a real way,” all the mototaxi claims.

They assure that with the integration of the users who feel identified, “El Motoriteo” will cause the government on duty, through this movement, to be forced to include this sector in health plans, aid programs for houses, and other great conquests.

They specified that currently in the Dominican Republic there are supposedly more than 1,000,000 motorcyclists organized in the motorcycle taxi sector, who contribute millions of pesos a month to the country’s economy and understand that they have never been taken into account, as a sector, by any of previous governments.

“We seek to propose from the initiative and citizen creativity the creation of innovative public policies that improve our service provision and our daily office,” added Ramón Ureña, a member of Motoriteo.

They indicate that the main focus of this movement is to consolidate a new management and business model in transportation, with a perspective of productive economic entrepreneurship.

“The Motoriteo is distinguished from other proposals for being an organization that seeks higher levels of inclusion and participation of its members and associates on equal terms and benefits, without privileging small sectors,” the statement said.

They added that “equally, El Motoriteo has a presence throughout the national territory and all motorcycle taxis who wish to register can do so through the website www.motoriteo.com.”