The straw that broke America’s back: George Floyd worked for two Dominicans 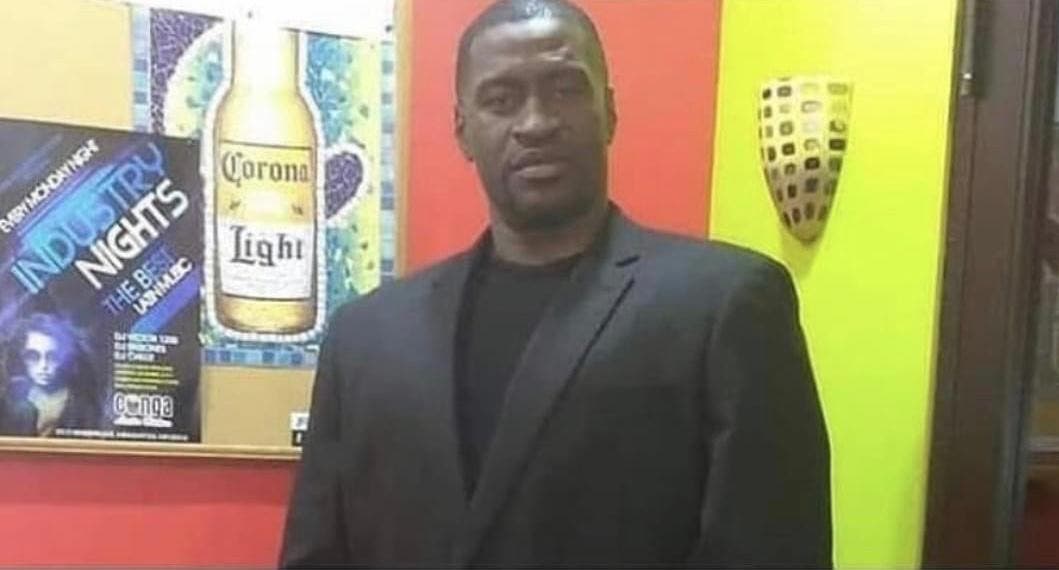 George Floy at the "Conga Latin Bristo", worked in a food and beverage business owned by a Dominican couple in Minneapolis.

George was trying to learn to dance bachata, he liked rice with beans and he wanted to know the Dominican Republic

George Floyd, the African-American man whose unjust death has shaken society when he was killed on May 25 while being arrested by four police officers in Minneapolis, worked for a couple of Dominicans who have a fun business where he worked as security.

Husbands Geovanny and Ruth Thunstrom spoke about their relationship with Floyd in a 20-minute interview with Roberto Cavada in Telenoticias, Estelar broadcast, in which they detailed their personal treatment, their human condition and some of their tastes.

Floyd liked rice with beans and tried several times to learn to dance bachata, but the latter had been prevented by his height of about 6 feet 6 inches (1.95 meters), and the fact of having two left feet, an expression used to refer to those people of notable awkwardness when it comes to dancing.

He ate a lot, in addition to “arroz con frijoles points,” steak with onions, and he used to do it in the food area of Conga Latin Bristo, where he had a significant discount for being part of the business staff.

Floyd’s friendliness was remarkable, and when he greeted customers he used to do so with a nod, the couple described.

In the interview, conducted online, Mrs. Ruth Thunstrom, a Dominican resident in Minneapolis, said that her employee was a peaceful and kind person, who used to talk to the clients of the business, Conga Latin Bristo, where Floyd had been working for about four years.

In conversations with his employer, Geovanny Thunstrom, he had often told him that he would like to visit the Dominican Republic.

He often expressed his taste for Latin rhythms (salsa, meringue, bachata …), common in his work environment in the center of fun and services.

Floyd’s death in the Powderhorn neighborhood of Minneapolis first sparked local protests across the American Union against police violence that markedly affects Americans of African descent.

The last time the Dominican couple he worked for saw him was a few days earlier, when they went to get the money he was paying them for an apartment they rented to him, they said in the interview.

When asked: Is there discrimination in Minneapolis or Minnesota? Mr. Thunstrom, a native of Cabrera, a town about 40 kilometers from Nagua, answered yes, but made the observation that it is quite difficult to prove it when there are police officers involved.

They hope that the prosecution of the four policemen who arrested Floyd, three of whom were watching or helping as Officer Derek Chauvin put his knee against the detainee’s neck, will end the protest demonstrations.

When the Minnesota state governor authorizes the opening of amusement businesses, such as Conga Lain Bristo, the Dominican couple Floyd worked for until he was stopped by the COVID-19 coronavirus pandemic, they plan to hold a memorial as a tribute to the man who with his death has drawn attention to police brutality and discrimination, especially harsh against African Americans.