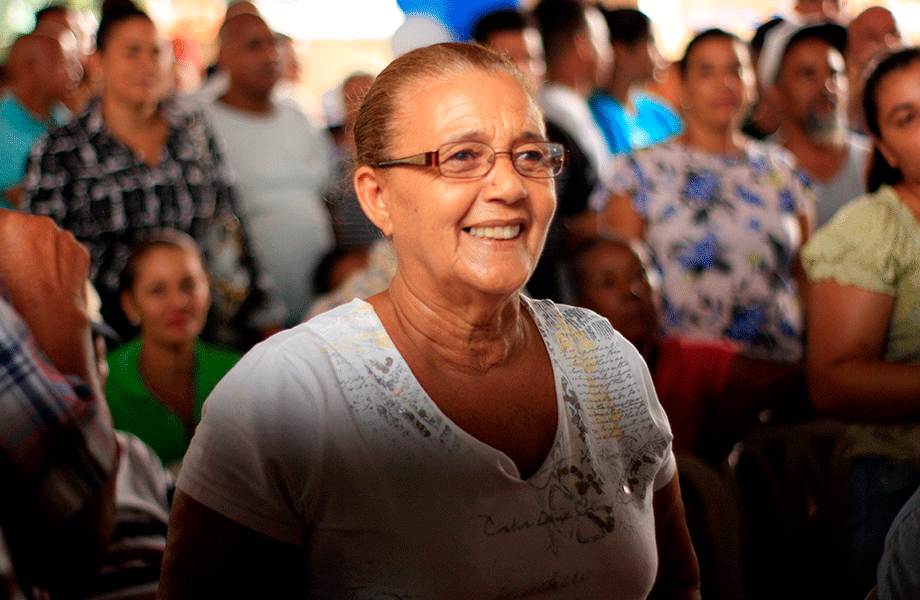 Luis Abinader states that in the public administration the Government of Change will work with a gender focus as a transversal axis in all public policies. (PRM)

Luis Abinader assures that, to materialize a vision of development based on rights, such as his Government of Change program, it is necessary to guarantee the equality and participation of women. This support for gender equality is based on actions, programs, and public policies that guarantee them full ownership of their rights and that remove the institutional, economic, social, cultural, and political barriers that limit their development.

Currently, Luis and his team summarize the main problems that characterize the situation of women; they see an increase in their labor participation, but fewer opportunities to find work.

Despite having a higher educational level, women have higher unemployment rates, and gaps in labor income remain: other things being equal, women earn less.

High rates of maternal mortality and teenage pregnancy persist. Gender violence continues; 35% of women have been the victim of some form of abuse.

In its most extreme version, femicides, which killed more than 2,360 women in the country between 2005 and 2018, according to the Economic Commission for Latin America and the Caribbean (ECLAC), 106 women were victims of femicide in 2018. 78% of them died at the hand of their partner or ex-partner after many of them sought help in the public system, leaving hundreds of boys and girls in the orphanage.

Actions in favor of the rights and protection of women in Luis Abinader’s government program:

Apply an electronic monitoring and control system to attackers under restraining orders. Also, to create a National Registry of Sexual Aggressors by provinces, municipalities, and places that will serve the authorities to have sufficient control over aggressors/convicts, keeping information on their address, jobs, and other information relevant to the police.

Eliminate the signing of agreements with aggressors, currently sponsored by the Public Ministry, which has been a source of corruption and cover-up.

Train Police and Public Ministry personnel to deal with gender violence; empower and assign researchers specialized in gender and intrafamily violence. These officers can maintain a database that supports reports of domestic violence and follow up on victims residing in their area.

Develop a protocol for the media to accurately disseminate information on gender violence, avoiding sensationalism, distortion, and sexist exacerbations that occur against women.

Establish a program through the National Council for Children and Adolescents (CONANI), for monitoring and economic and psychological support for orphans of gender violence.

Designate an independent, professional, specialized, and resourceful Public Ministry that guarantees and protects the rights of women in general and those in danger in each of the country’s provinces.

Luis Abinader states that in the public administration, the Government of Change will work the gender approach as a transversal axis in all public policies. Especially in education from the initial and fundamental levels, “from where we will begin to train future men and women in a culture of tolerance and respect.”

The Abinader government will assess the differentiated impact on men and women of all the policies and programs carried out by the government, both in their formulation, execution, and evaluation. For this, a battery of indicators will be created to diagnose and monitor the processes of executing public policies.

Among its policies, the Abinader government will strengthen the management capacity of the Ministry of Women.

Similarly, women’s sexual and reproductive health services, expanding their access to information and planning methods, some free and others at low cost in popular drugstores. It will establish a program to reduce the pregnancy rate among young people and adolescents, with an emphasis on the most vulnerable areas.

Also, it will face the country’s high maternal mortality rate, progressively increasing resource allocations, improving management capacity; modifying the care model based on the family approach; incorporating the gender perspective; expanding the coverage of services and insurance; deepening decentralization, separation of functions and delegation, and guaranteeing quality service and humane treatment throughout the national territory.

One of the main emphasis of the Abinader government to establish women’s rights will be in employment policy, implementing incentive programs that promote decent work for women, that increase their employability and their employment position both in the public sector and private.

It will support women’s entrepreneurship through credit programs, technical assistance, technology packages, market identification, and re-education for work, including training in technological areas that the new digital economy is demanding.

Likewise, supporting MSMEs led by women, complying with Convention 189 of the International Labor Organization (ILO), on decent employment for domestic workers, starting with protecting their human rights and promoting fair working conditions, of wages and working hours, promoting cultural changes for the redistribution of tasks with men.