To the cry of “go away!” pots and horns sound on Saturday night in the Dominican Republic 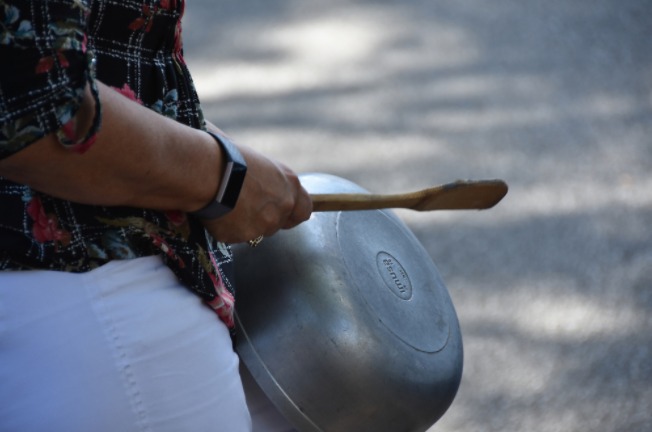 SANTO DOMINGO, Dominican Republic.- At 8:00 pm this Saturday, the cry “they are leaving!” Was heard insistently. The inhabitants of the different sectors of Greater Santo Domingo, from their balconies, got together to sound their pans and some bugles, while the few who traveled in vehicles blew their horns.

The protest, called from virtual social networks, sought to remind officials of the government’s Dominican Liberation Party (PLD) that their days in power would be numbered with the upcoming elections on July 5.

“They’re leaving!” Repeated the most enthusiastic ones from their homes, while others with a pot or pan in one hand and a spoon or ladle in the other they clanked and banged their utensils together in clamorous protest.

The protest lasted approximately 10 minutes and, as some activists have announced on their Twitter accounts, they intend to repeat it every Saturday at the same time until the arrival of the elections.

This protest recalls those that took place after the annulled municipal elections of February 16, when the Central Electoral Board announced the collapse of the computer system, generating widespread popular outrage.

Thousands of people protested for a month in front of the headquarters of the JCE (Plaza de la Bandera), seeking an answer.

On February 17, the president of the Central Electoral Board announced that the extraordinary municipal elections would be held on Sunday, March 15.

The next elections on July 5 will be to elect a president, vice president, senators, and deputies. These elections were originally scheduled for Sunday, May 17, but due to the global coronavirus pandemic (COVID-19), they were postponed.

The main candidates competing for the Presidency of the Republic are Luis Abinader, from the Modern Revolutionary Party (PRM); Gonzalo castillo, from the Dominican Liberation Party (PLD), Leonel Fernandez, from Fuerza del Pueblo, and Guillermo Moreno, from Alianza País.